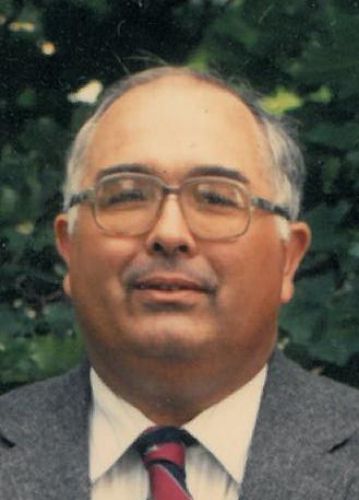 Gerald A. Ascherl, 62, of Fort Dodge passed away on Friday January 4, 2013 at Iowa Methodist Medical Center in Des Moines.
Funeral services will be held on Wednesday January 9th at 10:00 a.m. in the Chapel of the Laufersweiler-Sievers Funeral Home and 10:30 a.m. at Corpus Christi Church with Msgr. Kevin McCoy officiating at the Mass of Christian Burial. Burial will be in Corpus Christi Cemetery with Military Graveside Rites conducted by the V.F.W. Post 1856 and the Duncombe American Legion Post 491. Visitation will be from 4:00 to 8:00 p.m. on Tuesday where there will be a vigil at 8:00 p.m. all at the funeral home.
Survivors include his daughter, Sarah Ascherl of Cedar Rapids; sons, Christopher and John Ascherl both of Fort Dodge; sisters, Mary Ellen Murphy of Duncombe; Margaret Pilgrim of New York; Maxine Merk and her husband Darrel of North Carolina; Maureen Nordstrom and her husband John of Fort Dodge; brothers, John Ascherl and his wife Connie of Texas; Michael Ascherl and his wife Jeannie of Omaha; sister-in-law, Wilma Schopp and her husband David of St. Louis; and brother-in-law, Terry Pingel of Fort Dodge.
He was preceded in death by his parents, John and Edith (Anderson) Ascherl,
wife, Mary Ann in 1992, father and mother-in-law, William and Caroline Pingel, and brother-in-laws, Jim Murphy and Ron Pilrgim.
Gerald A. Ascherl was born on November 5, 1950 in Fort Dodge. He attended schools here and graduated from St. Edmond High School in 1968. That year he joined the U.S. Army serving in Germany, Thailand, and Vietnam. Jerry was honorably discharged as a SGT in 1972. On June 2, 1979, he was united in marriage to Mary Ann Pingel at Corpus Christi Church and the couple made their home on the family farm east of Fort Dodge. Jerry was a member of the American Legion Post 491, Leader of the Washington Winners 4-H Club, and Webster County Fair Board Member.
In Lieu of flowers memorials may be left to the Webster County 4-H Youth Program or to the Duncombe American Legion Post 491.

"I would like to express my sincere condolences to the loss of your loved one.In the scriptures Job 14:14,15 and John 5:28, God promises that he will resurrect our loved ones in the near future .I hope that Jehovah , the God of comfort grant you peace. If you have any questions visit www"