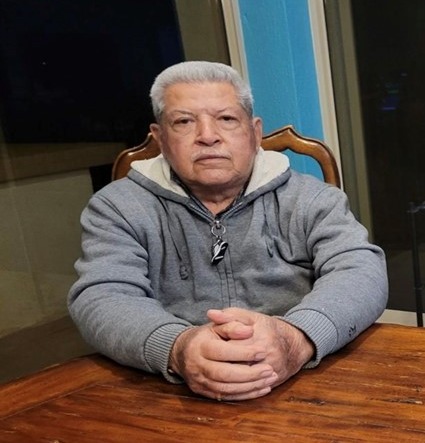 Carlos F Villalpando at the age 78 lived in Goodyear Arizona Yuma Rd died Tuesday night at Abrazo Hospital after a short illness. He was born In Fresnillo, Zacatecas on November 2, 1944, he lived there until the age 16 and moved to Los Angles and lived there 4 years and then moved to Fremont CA. His first marriage was with Virginia Davila which he had two wonderful children named Carlos Villalpando Jr and Maricela Villalpando after that he started working for construction for 28 years. After 30 years of marriage, he lost his first wife and remarried 3 years after to Celia Arellano and became stepfather to Bryan and Carolina Rodriguez. He has left five grandchildren Julian Villalpando , Claritza De La Torre, Joel De La Torre, Antonio Villalpando, and Giovanni De La Torre. He was also the oldest of 7 siblings and was a father figure to all. He was a humble and respectful man with small words and a huge heart. He helps whenever was needed and didn't think twice. He will always have a special place in his family heart and never be forgotten. He will be buried at Hansen Desert Hills Mortuary, Scottsdale AZ.