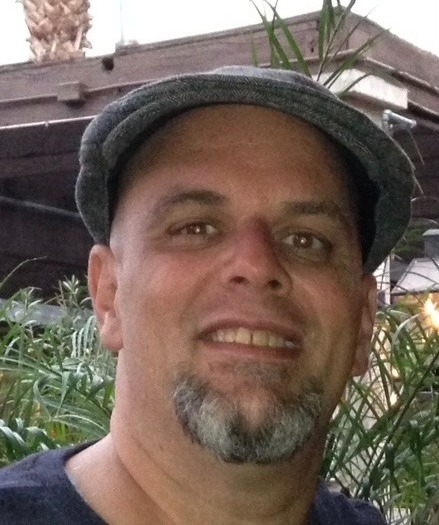 Steve Sadler passed away of cardiac arrest in Phoenix, Arizona on January 23rd, 2023 at 54 years of age. He was born in West Allis, Wisconsin on May 20th, 1968. In the 1980s Steve moved to Evanston, Wyoming to be with his Dad and his Wyoming family. He attended high school there and made many friends. Soon after high school he moved to Phoenix, Arizona and found his way into recovery. This led him back to school where he became a Licensed Counselor. Steve helped many men and women struggling with addiction throughout his years of counseling. Sadly, he struggled with his own recovery the past few years which resulted in his declining heath. Since his stroke in November of 2021, Steve was clean and grateful to be alive. Steve made an impression on everyone he met; he was truly one of a kind. His joys were his kids, music, sports, history, family and random knowledge of just about everything. He is predeceased by his stepfather Jim Hushek; and survived by his three children Sarah, Rachel, and Jack, mother Carol Hushek, father John Sadler (Judy Zeman), sister Cheri Sadler, niece Hope, and best friend Kimberley Spenard. Steve will be remembered for his great sense of humor, the love he held for his children, and his fighting spirit. His funeral will be held at Hansen Mortuary 8314 N 7th St in Phoenix on Saturday, February 4th; visitation will be from 10 to 11a.m. with the celebration of life starting at 11a.m. For those unable to attend the service, it will be live-streamed at the following link: https://vimeo.com/event/2822648

In lieu of flowers there has been a fund established for his three children. Donations can be made via Zelle or Venmo 602-421-4428 (Cheri Sadler) or u.s. mail to Carol Hushek's mailing address.

"Steve was one of my very best friends for the last 30 years. We have been through great times together, and not such great times too. The one thing I could always count on with Steve, was his unmatched ability to take whatever I was going through and make me laugh! Really laugh! Laughter will save your life and ease your soul from the burdens this world tries to put on it. Thank you, my friend, for being there for me for so long, and helping me laugh through this life, as it should be. Until we meet again, your friend forever, Kim Spenard XOXO"