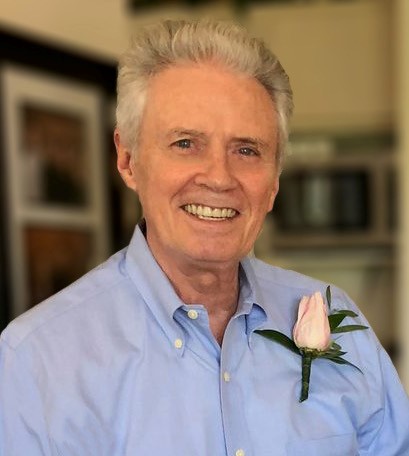 Scottsdale, AZ - Daniel Joseph Regan, Sr. 'Danny Boy' passed from this life to the next on Tuesday, January 17, 2023 after a hard fought and courageous battle with Alzheimer's disease. Despite the conditions that afflicted him, he never lost his sense of humor or his deep and unconditional love for his family, including his wife of 52 years, Joyce who preceded him in death in 2021. Daniel is survived by his children: Jennifer (Jeff) Spielvogel of Scottsdale, AZ, Amy (Todd) Pierce of Madison, WI, Daniel Regan Jr. of Chandler, AZ, and Erin (Vince) Salerno of Goodyear, AZ. He is also survived by his beloved grandchildren: Dylan, Lauren, Hanah, Ryan, Joey and Ava.

Dan was born in Chicago, Illinois on January 14, 1945, to the late Daniel Jeremiah and Margaret (Donovan) Regan. He was the oldest of eight children and leaves behind his brothers: Michael, Terrence (Maura), Patrick (Nanette) and Kevin (Mary) Regan, and sisters: Maureen (Jack) Oliaro, and Colleen (Kurt) Lange, in addition to his sister-in-law Kathy and numerous nieces and nephews. His youngest brother, Thomas Regan preceded him in death in 2017.

Dan grew up in the Roseland community of Chicago, IL. He was a man of faith, serving his church as an altar boy and a boy scout in his youth. He attended Mendel Catholic Preparatory High School in Chicago. He loved cars, planes and music and was well accomplished on the trumpet. His easy-going, kind-hearted spirit was one of his most admirable qualities. He was always very nurturing and a great role model and mentor to many. Always quick with a joke, you never saw him without a smile or a twinkle in his eye.

Dan earned a teaching degree from Chicago Teachers College, with an emphasis in accounting. While in school, he met the love of his life, Joyce Snyders, on a blind date set up by his brother and best friend, Mike. They were married in Chicago, IL on August 3, 1968. A few years later, after starting their family, Dan and Joyce moved to Wisconsin. Dan embarked on a new career opportunity in Brookfield, while Joyce stayed home to raise their growing family. He earned his Certified Public Accountant (CPA) certification and became the Chief Financial Officer at Super Steel, Inc. where he worked for many years. His hard work and success in finance led him to buy a printing company, Graphic Inc. in Cedarburg, WI. Dan and Joyce enjoyed raising their family in Cedarburg, but were eventually drawn to a warmer climate and to be closer to family. They moved to Scottsdale, Arizona where Dan continued as a financial consultant until retirement.

A Committal service will take place on Friday, February 3rd at 11:00 am at Hansen Desert Hills located at 6500 E. Bell Rd., Scottsdale, Arizona. Additionally, a future "Celebration of Life" will be planned this summer in Chicago, Illinois.

In lieu of flowers, please consider a donation to the Alzheimer's Association in honor of Dan: http://act.alz.org/goto/DanielJReganSr