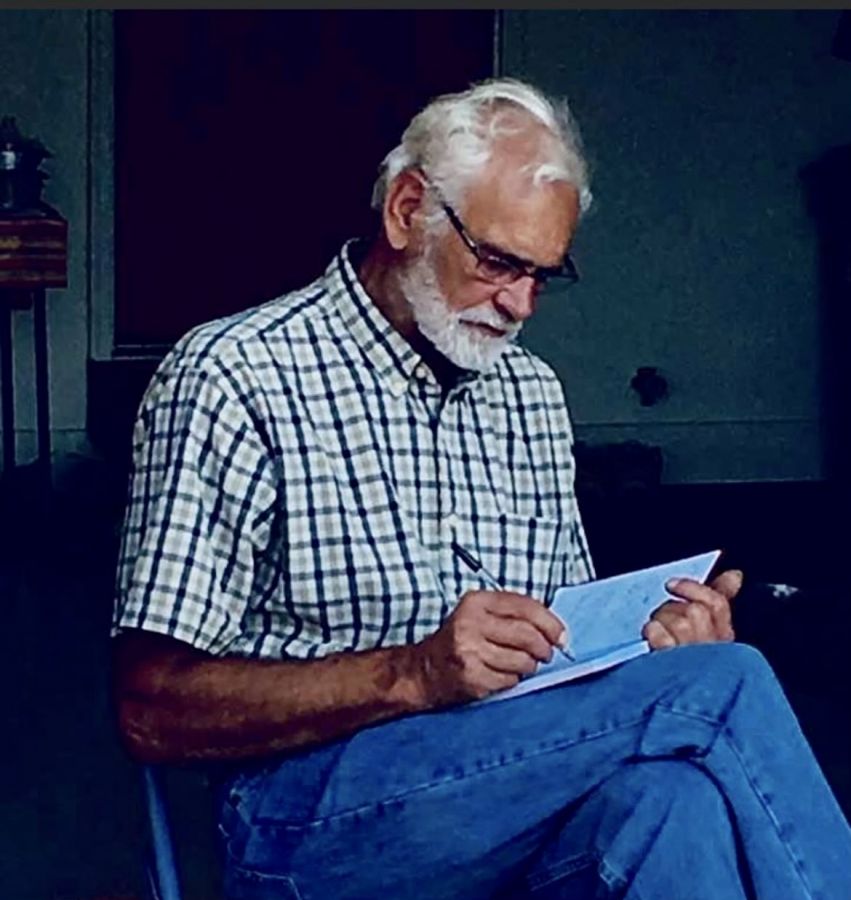 Memorial: A memorial fund has been established

OBITUARY
Robert Wayne West was born to Donald and Arlene (Ferry) West on October 6, 1948, at the Foderberg's Nursing Home in Manilla IA. He grew up in Manilla IA, Montevideo MN, Shenandoah IA and finally Malvern IA. He had several names throughout his life, first were Robert, Bobbie, Cob, Bob, and Dink. Robert graduated from Malvern with the class of 1966. He married his high school sweetheart, Carolyn Hilton on June 23, 1967, at the Hillsdale Methodist Church. He then became known by his family as husband, Dad, Father, Grandpa, and Poppa Boy.

He played a variety of sports in high school and on into adulthood. Dick Krambeck was his favorite coach and teacher, and they became lifelong friends after graduation and Robert always wanted to make him proud. Outside of high school he was a Golden Gloves boxer in South Omaha. He had a respectful boxing career and could boast that he was never knocked down or out, although he admitted that one guy did rock his world one night. His other passion was fast pitch softball where he partnered with his brother Chuck as one of the best pitcher/catcher duos in the Midwest. Dink began playing for his dad's team out of Emerson and continued to manage this eclectic group of men from this area who were very successful until the early 90's.

A little-known talent of his was that he played the guitar. He didn't perform in public but would have jam sessions with Harry Star and others. His sister, Kathy remembers hearing him play the refrain to "Satisfaction" repeatedly from his bedroom.

The West family enjoyed playing pitch, which often included some very heated nights around the table as well as horseshoes and ping pong. There was never room for second place and some of those competitions were quite colorful and full of boisterous moments. He and Carolyn hosted many card parties with family and friends, learning from him was not for the faint of heart. His teaching moments included questioning your next play and setting your cards up correctly in Dink fashion and then critiquing your choice of play.

Robert was drafted for Vietnam in April 1968 and returned from serving his county in November 1969. He was in the National Guard upon his return and continued to serve in the Honor Guard in numerous local parades and Memorial Day functions. He worked in the packing plant after returning and attended Iowa Western for a couple semesters. He was a trucker and worked for Avco Finance as well. In March of 1977 they bought their current home place, and he began his farming career. They started with 17 acres of ground, hogs and bottle feeding out Holsteins calves. He supported his two girls with 4-H animals, adding sheep and share a calf steer to the mix. In the early eighties he began cash renting the Hilton farm ground. He took great pride in the farm and worked continuously to make sure that it was always cleaned up and well taken care of. There was a lot of post pulling and barb wire removal, walking ditches to pick up trash and spraying terraces. The grain bin site was a piece of the property that he proudly built up as he continued to add land. All this while he was working for Burlington Northern Santa Fe Railroad until his retirement in December of 2008, after 36 years of dedicated service. Many of us that worked with or for him wondered when he slept.

He was incredibly supportive of his children and grandchildren in their numerous endeavors but especially in sports, attending as many events as possible. He was always there to advise, providing numerous hours of constructive criticism, suggestions, and encouragement.

Many people recognized him for physical presence, his voice and phrases. His strength, especially in his hands were respected and feared, but there for support and praise too. His grip, handshake, and neck grabs made you stand taller and pay attention.

He got along with everyone and was accepting of all. Many people who walked through their kitchen door felt like they had become a part of our family. Although he seldom said it out loud, he loved his family and friends and showed it with his mentorship, his actions and quiet giving. He was a firm believer in that when you give, you shall receive, this could include one's time and attention, as well as money. He made several contributions to the improvement and enhancement to his beloved Grand Glaize community where they built a lake house for everyone to enjoy.

How he viewed himself in his words
• "Environmentalist" Land steward
• "Humanitarian" Cared for all beings
• "Naturalist/Conservationist" One of the first to do no-till in the area
• "Democratic moderate" Proud to be the Mills County Caucus leader for Biden campaign: worked with Jill Fender & Elizabeth McDonald
• "Investor" Land, establisher the Natcherbrinic LLC, and he loved his CDs

"Our Hearts and Prayers are with Dink's Dear Family. I truly remember playing fast pitch softball with or against Chuck and Dink. And, yes, they were AN AWESOME duo. If you got on base you were lucky. God Bless You All"

"Dink was one of a kind! My deepest sympathies to Carolyn and the rest of the family. "

"I was so sorry to hear this. Such a unique and likeable man. RIP"

"Dink worked with Donnie on the RR for years and even after Donnie passed away he always had time to talk to us. Bryan especially enjoyed talking to Dink about the railroad. We're both very sorry for your loss and know that he will be missed. "

"Growing up in Malvern, Dink was someone who I looked up to and respected for his athletic ability. Humble, friendly, and easy-going, but could be someone who you better be on your "A" game when he stepped on the field. My sincere condolences to his family."

"Bob has been a customer of ours for as long as I can remember. And in all that time every visit was a positive experience. He was one of my dad's favorite customers and mine as well. He will be missed. "

"May your memories help carry you through this difficult time. You are in my thoughts and I have said a prayer for your family. Diane Sands"

"So sorry for your loss. My thoughts and prayers are with you and your family."