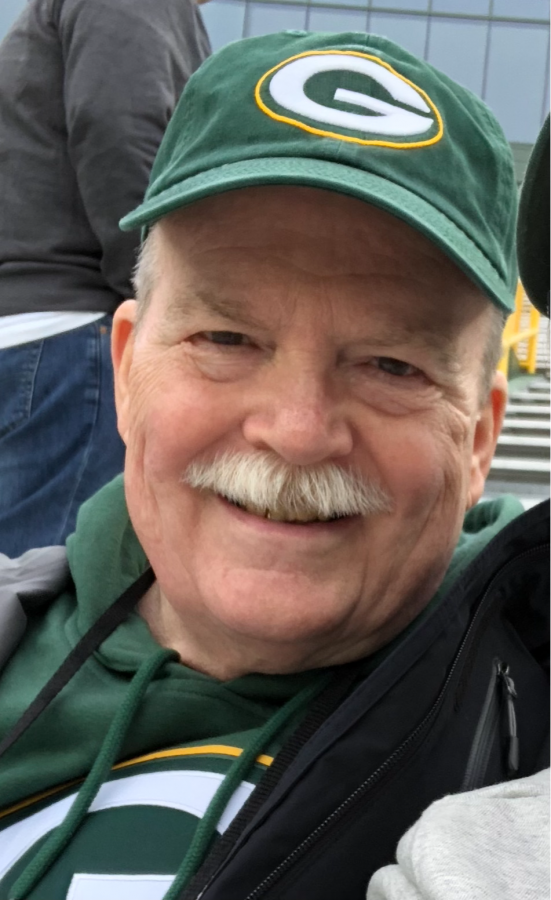 Richard Charles Bennett, 75 of Boot Lake, Hiawatha Township (formerly of Marquette), passed away January 12, 2023 at UPHS Marquette. He was born June 12, 1947 in Marquette, Michigan, son of the late Patrick and Thelma (Bailey) Bennett.

Although most of his education took place in Marquette, Michigan, Rick went to St Lawrence Seminary in Wisconsin for 9th and 10th grade. The education he received there greatly influenced his life. He was a 1965 graduate of Bishop Baraga High School. In 1967, he married his childhood sweetheart, Judith Perron who preceded him in death.

Rick served in the US Navy during Vietnam as Gunner’s Mate Technician on the USS Midway. He was one of a select few who worked on the nuclear weapons carried on the ships at that time. After being honorably discharged, he and Judy made their home in Houghton, MI where he attended MTU and obtained a degree in Fisheries Biology as well as Secondary Education. Upon graduation, no jobs within his chosen fields were available so Rick started work at the Marquette County Sheriff’s Department. There, he served on the Marine Patrol, SWAT, Dive Team, Search and Rescue and eventually earned the rank of Sgt in the jail. Eight years later, he went back to school at NMU and earned a BS in Nursing. His nursing career took him to the operating room of Marquette General Hospital and then the Marquette County Health Department where he retired in January 2001.

After retirement, Rick married Diane Curry. Together, they made their home on Boot Lake where they enjoyed entertaining the grandchildren, watching the wildlife and going on adventures within the Hiawatha National Forest.

Rick had a lifelong interest in military and political history. Throughout his adult life, he would have five or more military and/or political history books he was reading. He regularly provided his own analysis of any given military situation in the news. His version was usually more in-depth. His pet peeve was news/film that depicted the wrong tank, gun, uniform, etc. of a particular war era. Rick also enjoyed genealogy research and fishing on the lakes in the Hiawatha Forest. In his later years, he grew to love woodworking and spent many hours in his workshop making cabinets.

He will be remembered for his quick wit, fantastic story telling ability and self- proclaimed title of Animal Whisperer. His father-in-law, John Curry, once stated, “In my next life I want to come back as one of Rick’s pets. That would be a very good life!”

Besides his parents and wife, Judy, he was preceded in death by his brother, Jack Bennett, sister, Maureen “Mimi” Pelkie, and infant sister, Mary Bennett as well as his furry friends, Cubby, Willow, Brody, Heathie, Darcy, Collen, Toby, Rosebud, Greta and Corky.

A special thank you to Dr. Thomas Huffman for the many years of excellent care and lively conversation.

As per Rick’s wishes, no ceremony will be held.

Canale-Tonella Funeral Home and Cremation Services is assisting the family where memories may be shared at canalefuneral.com.

"My condolences to Rick's family on his passing. It was a pleasure to work with him at the Sheriff's Dept. He will be remembered by all the people who knew him. Marie Chartier"

"Diane, Rick was a great guy who I really enjoyed working with at the health department. He was a friend who will be missed and you have my deepest sympathy. Your friend always, Jim Rahoi."

"Diane, I'm so sorry to hear of Rick's passing. He was a great guy and a better friend. We had many adventures together over the years and many fond memories. He will be missed. Glen Miller"

"I worked with Rick at the Sheriff?s Dept. He was a caring guy; quick-witted and a pleasure to work with. My condolences to you and the rest of your family. Sue Sundblad"