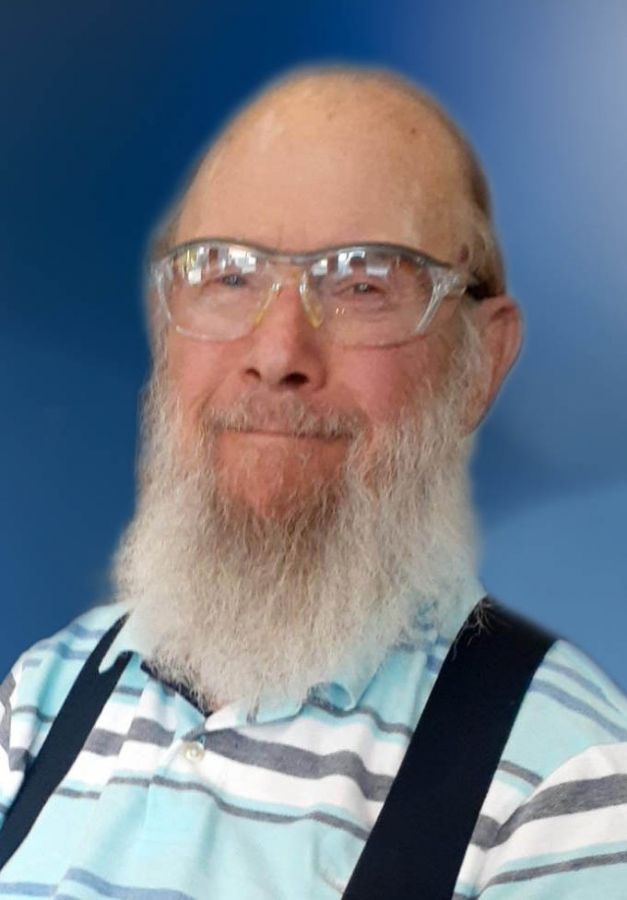 Brian grew up on several farms in Adams County, IL, and two years in Missouri assisting his parents with farming and livestock, as well as training horses. He was active in FFA and high school sports, and graduated from Liberty High School in 1962. He attended Tennessee Temple College in Chattanooga, TN and Colorado State College in Greelee. He lettered in baseball and soccer and graduated from Cedarville College in Ohio in 1967 with a degree in biology and a minor in Bible. He began graduate school at Wright State University in Dayton, Ohio, earning his master's degree in Educational Leadership: Administration from Northern Illinois University. He taught and coached Wheaton Academy which became Wheaton Christian High School, in Wheaton, IL. He was called to start Somonauk Baptist School in Somonauk, IL, in 1973, then started Grace Christian School in Watervliet, MI, in 1974. Under his 15 years of leadership, the school grew to 400 and he led several student missions trips to foreign countries. In 1989 Brian accepted the call to serve as the Administrator of Santiago Christian Academy in Chile, South America, and he and his wife and four children moved to Santiago where they served for 3 years. In 1992, the family returned to the US and settled in Quincy, IL, where Brian served as administrator of Calvary Academy. A few years later with the support of several local churches, he helped found Quincy Christian School, where he served as administrator for 10 years prior to retiring. Upon retiring Brian returned to farming on his parents' farm near Plainville, IL, raising llamas for show, with the support of his wife and children. For the past two years he drove for the Quincy Teen Reach program. Brian loved to hunt and fish his entire life, and take his children and grandchildren whenever the opportunity arose.

Brian was preceded in death by his parents, Turner and Marian Mayfield.

Hansen-Spear Funeral Directors are in charge of the arrangements.

"Brain was a natural instructor and showed love in every aspect of his life. I count it a privilege to have crossed paths with him. He truly was a servant of God, probably many in Chile and else where, whose lives were turned around, will him as well, he will be missed. D. Stockman "

"It is difficult to find words to adequately honor someone you respect so greatly as Mr. Mayfield. Our paths crossed when we moved to Quincy and he was the administrator of Quincy Christian School. When we arrived at the school for our informational meeting with the administrator, a man on a tractor was working with a big log. He got down from the tractor, wiped his hands on a handkerchief, and came to greet us. We explained we were there to meet with the administrator. He smiled gently, extended his hand to shake, and said we already had! That example is one of many instances Mr. Mayfield exhibited servant leadership. Wise, self sacrificial, and loyal, Mr. Mayfield did his best in every way for everyone around him. He did it with humbleness, kindness, and humor. Always ready with a smile, he was able to smooth a challenge and turn it into hope. He trusted the Lord no matter what and this was contagious for those around him. There aren't words in the English language to really honor him appropriately. We have no doubt, he received a heavenly greeting: "Well done, good and faithful servant!" To Linda, the kids, and all--our hearts and prayers are with you, along with our thanks for sharing him with all of us. Sincerely, Ted and Vicki Lawrence, Victoria, Nathan, Jacob, and Lucas"

" We met Brian when we began to attend Calvary Baptist in 1959. After a while I was teaching a boys class where Brian was a member. It wasn't long before we realized that he was a special young man with a happy spirit, wisdom for his age and a desire to do right. As time went on we hunted a bit and played softball together. I lost my catcher's position to him and his powerful arm. The Lord's call to us into The Gospel Ministry meant leaving home, family, job and church. A long trip was necessary to Grand Rapids and Seminary. Turner Mayfield's farm truck with double high stock racks and a heavy tarp was made available. It came with Brian as driver, packer and unloader. (in the rain) Down through the years a precious friendship was renewed from time to time and we were aware of the blessings Brian was to so many. Much more could be said, of course but our admiration and love for Brian might be best known by this. Our eldest son was named after out fathers. Before leaving Quincy a second was born. His name is Brian! Richard and Wilma Dix"

"Linda, I am very sorry to hear about Brian's passing. You and I had a few conversations about the family history and Siloam, Illinois. Brian would have been a cousin of mine also along with many, many more cousins he still has. I am sure he is in heaven having reunions with all the family that came before. Linda, I will be praying for you and the family. Brian may you rest in peace. Janet (Johnson) Hunter "

"Mr. Mayfield was my boss and he came to Chile to be the administrator at a Christian school. Him and his wife were loved very much God bless his family "

"Brian Kent was my second cousin and we grew up together around Quincy. I always admired him as a child because he could shoot a gun like a pro, care for farm animals like an adult, ride horses like a star, and play baseball like the Cardinals (I thought in my young mind). I told myself that he was just a better boy than I. As time flew by our paths crossed in Greeley, CO where he was a college student and where I was pastoring a small church just out of college. Two cousins, two Quincy boys in Colorado living in the same city. How good is that? We both worked for the same local school bus company driving school buses. He attended our church regularly and was such a blessing and support. Many Saturdays, Brian Kent would get on his Honda motorcycle and head off to the rockies some 30 miles away or so up the Big Thompson Pass above Loveland, CO to go fly fishing for fresh, wild Rainbow Trout in the cold rushing mountain streams of fresh water. He was absolutely a pro at catching those wild trout with the fly. He would dress them and bring them to us to prepare for the Sunday meal after church. What precious memories of my cousin! After the 1960s, many years separated us and then we both found ourselves serving Christ and the church in South America, Brian Kent & Linda (wife) and children in Santiago de Chile, and myself and Joann (wife) and 2 sons in Bolivia. Two Quincy boys, two cousins in South America serving!! The miles have separated us across the years since the 1960s but not our fellowship. Though separated by miles, there is no distance in the fellowship of the kingdom of God. Rest in peace, my dear cousin, I'll meet you again someday! Lyle Glenn Parker Kansas City, KS"

"Rest in peace Brian, you touched many lives and will be missed."

"Mrs. Mayfield and Family - My heart was saddened to hear of Mr. Mayfield's passing. But only for a moment. My thought when a believer leaves this world for Heaven is "Good for Him"! Every time I drive by your old house on Red Arrow Highway I think of you folks and wonder where you are. I am thankful God sent you to start GCS and for the impact you have had for the Lord on so many lives. The memory that sticks in my mind the most is that Mr. Mayfield always had a toothpick in his mouth. ;) My prayers are with you."

"My deepest condolences to Linda and family on the death of Brian. God certainly gained another wonderful angel. May He provide you strength in the days ahead and may your many wonderful memories provide you with comfort. "