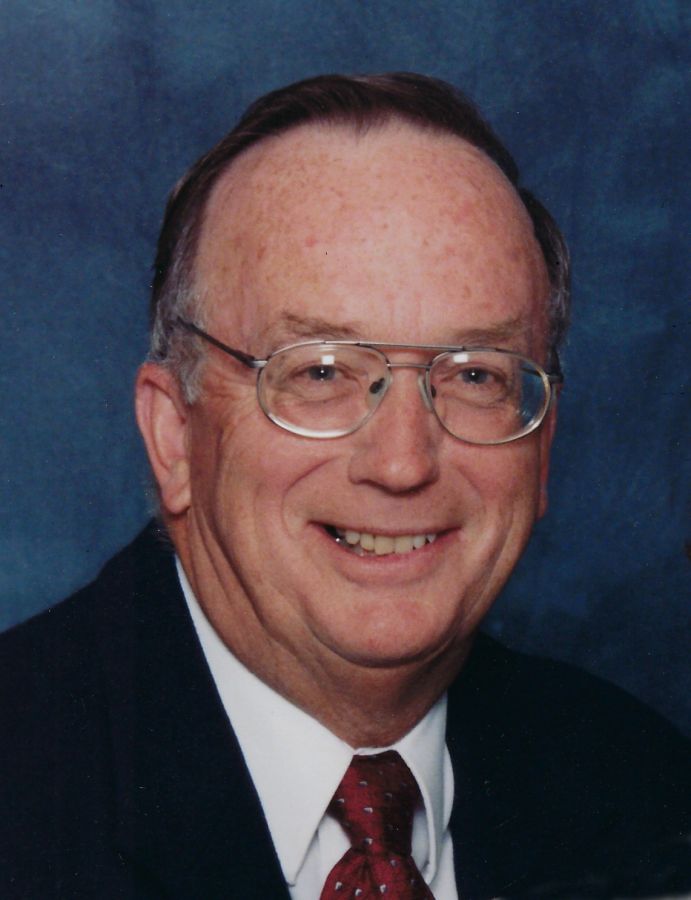 James was born November 6, 1937 in Jacksonville, IL, the son of James E. and Virginia Dyer Mitchell. Jim attended school in Jacksonville through the sixth grade. The family moved to Mt. Sterling, IL in 1948 and he graduated from Brown County High School in 1955.

In 1957 Jim joined the U.S. Army and served three years in several state-side locations and in Germany. After his discharge, he attended Gem City Business College in Quincy, taking their accounting courses. It was there he met his future wife, Beverly Ann Bruns. They were married January 21, 1962 in Holy Cross Lutheran Church in Golden, IL. She survives.

Jim worked at several Quincy businesses including Packaging Corporation, Blessing Hospital, and for 10 years at Electric Wheel Company. In 1976, Jim and Beverly opened their own franchised printing company, Big Red Q Quickprint. In 1983 they left the franchise and it became Mitchell's Quickprint. In 1996 they sold the business and went into retirement.

Jim was a member of St. James Lutheran Church since 1962. During his membership he served as treasurer, Church council member, PTL president, Chairman of the Congregation, Usher, money counter, three times as an Elder, and he served on several different committees. He was a former member of the Evening Lions Club. He served on the Quincy Park Board from 1988 - 1992, one of those years as President. Jim was also very proud that he was part of the board that installed a watering system for Westview Golf Course and completed most of the landscaping along the river front.

Jim was a member of Spring Lake Country Club. He was an avid golfer who had five hole in ones plus he shot his age two times (72 and 73); all this at SLCC. He was a lifelong St. Louis Cardinals baseball fan and University of Illinois football and basketball fan. In his spare time Jim enjoyed reading, crossword puzzles, jigsaw puzzles, playing cards, and most of all spending time with his family.

Jim was preceded in death by: his parents; two nephews, Mike Mitchell and Kevin Kelly; and a niece, Jessica Mitchell.

Hansen-Spear Funeral Directors are in charge of the arrangements.

"Sincere condolences to the entire Mitchell family. Growing up in Mt Sterling knowing Jim & Virginia, eating delicious food at their restaurant, going to school with Denny, being at the scene and calling Jim when Virginia died; I had no idea our favorite nurse was Jim & Beverly?s daughter. Sometimes the world is very small. I am so glad Jim was able to attend Kristen?s wedding. I feel certain Our Heavenly Father was waiting for Jim at the Pearly Gates welcoming him to the home he made for us. May he hold you all in the palm of his hands; grant you strength & peace to endure this sorrowful time and keep reminding us we will all meet again when we too are called to his Heavenly Kingdom. Gilberta McNeff Dorsey"