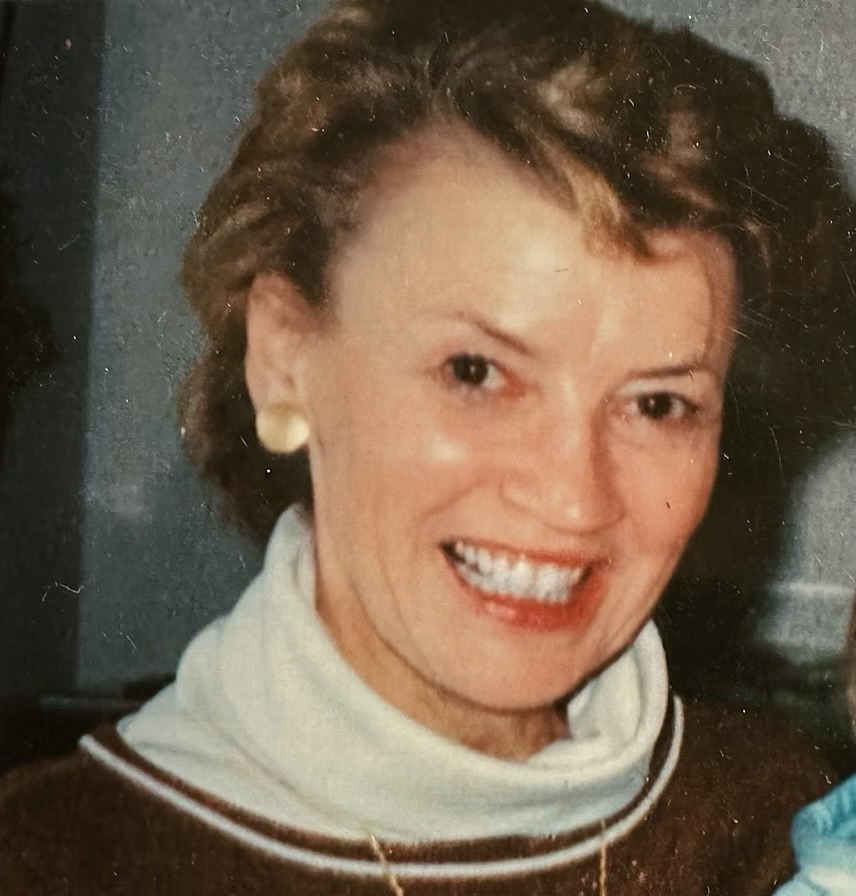 Hedwig Ingeborg (Inge) Griessmann was born on December 17, 1930, in Giesen, Germany, in the district of Hildesheim. Inge was the first born to Elisabeth and Heinrich Griessman and their family eventually moved to Kassel, Germany. Her family lived in a home in the city center, close to the Bergpark Wilhelmshöhe (a UNESCO World Heritage Site), which is the largest European hillside park, and second largest park on a hill slope in the world. Inge's family lived very close to this park and could see the famous Hercules Monument from their home.

Inge had fond memories of her maternal grandparents on their farm in Nauheim. Inge spent much time at this farm, often helping in the garden, with the animals and playing in the countryside. Here the seeds were planted in her heart to enjoy these outdoor gifts for life.

During WWII, Allied bombing raids in Kassel made it safer for her and and the family to spend more of their time on the farm. While still in Kassel and participating in a parade with the League of German Girls (youth group), she met Adolf Hitler who was in attendance at this parade. Inge rarely talked about this or did so with aversion because her family abhorred Hitler and war, often saying, "the people pay the ultimate cost for a dictator's ambitions." She and her family were fervently anti-Nazi and secretly worked to protect her Aunt from Nazi authorities because she was Jewish. Her father was an accomplished violinist, taking her with him while he played at the former residence of Emperor Wilhelm II, the Kassel State Theatre, and various palaces. Her father was even required to perform in a small ensemble for Adolf Hitler and the officers stationed in Kassel during one of his visits to the city, and Inge and her sister were in attendance.

On the eve of the Battle of Kassel (April 1 - 4, 1945), her family entertained several high ranking officers of the 510th Heavy Panzer Battalion who were charged with the final defense of the city. Their home was destroyed in the fighting and the family lost many friends. Until the conclusion of the war, Inge attended school in Nauheim, until their family was reunited and returned to Kassel, to work together to rebuild their home and community.

While in school, Inge enjoyed competing in gymnastics and as an adult she competed in ballroom dancing throughout various regions of Germany. She also enjoyed skiing, classical music concerts and listening to Elvis. Inge continued to enjoy attending performances by the orchestra her father performed with and also enjoyed classical music for the rest of her life - Franz Liszt and Richard Wagner being two of her favorite composers.

After graduating high school, Inge attended business school for two years in advance of her employment at a bank in Kassel. There at the bank, in 1952, she first met Harry (Ike) Hagen, who unbeknownst to her was not German, as he appeared, but an undercover spy hunting former Nazi's of the Third Reich in Germany and Russia. Harry was enlisted in The Counter Intelligence Corps (Army CIC). The CIC was a World War II and early Cold War intelligence agency within the United States Army consisting of highly trained special agents. Eventually, Harry was deployed back to the states, where he and Inge continued to correspond. Four years later, Harry returned to Germany and they were wed in Kassel City Hall, on December 11th, 1956.

Upon arriving in the US, Inge began her American adventures in the small town of Sarcoxie, MO, which was located near Harry's boyhood farm and country school in Reeds, MO. Inge worked diligently to establish citizenship and developed mastery of the English language. Although friends would poke fun at her pronunciation of certain words like 'vacuum', Inge became amazingly proficient. Inge's unyielding determination to accomplish whatever she put her mind to grew steadily over the years, and often came in handy.

Over the course of the next 18 years or so, Inge had the opportunity to experience many dialects, diverse cultures, topography and traditions throughout over twenty relocations during that span of time, due to Harry's work projects with the Weitz Construction Co. From California to West Virginia and Alabama to Wisconsin, the adventures were largely held dear by Inge, with her often noting the unique opportunities they provided to learn about and enjoy the incredible diversity of our country. Inge also delighted in learning to cook many of the cuisines of the area, particularly when living in the southern and western areas of the country. Utilizing a large mobile home for their growing family provided a way to relocate while remaining in their 'home on the road' for the first ten years of that span of travels.

Over the years, Inge became an accomplished seamstress - shying at no new challenges, from draperies to evening gowns. She also enjoyed both local and national politics, and especially international politics. Inge loved reading contemporary spy and military fiction novels with Harry, and really loved a good western movie.

Inge and Harry built their final home in West Des Moines in 1974, where she enjoyed entertaining, eager to host friends and family from Germany and around the country with a feast. As grandchildren came into the picture, Inge - now "Oma" - loved to share her favorite German games and make chocolate cakes, fruit cobblers and desserts for her grandsons. She especially enjoyed hosting her grandsons in West Des Moines for many weeks during the summers. It was a rare day if there wasn't home-made cake, cookies or incredible meats and cheeses to enjoy. Because of her love of cooking as a way to bring joy to others, birthdays and holidays - Christmas in particular- was a delightful time with traditional German cookies, cakes and Stollen to enjoy with her signature coffee!

Inge also loved the simpler times, playing a game of pitch, cribbage or a good board game. She cherished time with close friends, while sharing some good bread, cheese and wine. And no one ever left without their belly and heart being full.

She was a monumental influence and supporter of her grandson's various pursuits within music and the arts, while sharing the value of culture, diversity and tradition throughout her life. Inge's cheerful laugh, her quick wit and hospitality will be remembered and treasured by all who loved and knew her well.

At the time of her passing at Regency Park in Carroll, Iowa, Inge had been blessed with 91 years and 11 months. Including her parents Elisabeth and Heinrich Griessmann, Inge was preceded in death by her husband, Harry, in 1992, a son Hugh Elliot (Eli) Hagen and a sister Erna Langer Busse of Steingau, Germany. Those remaining to cherish her memory include a daughter, Carol Crampton of Carroll, Iowa, formerly of Kiron, and a son, Bruce Hagen of Schleswig, Iowa, 3 grandsons; Ben (Mahanaim) Crampton of Schleswig, Iowa, Ryan Crampton of Kiron, Iowa, Taylor Crampton of West Des Moines, Iowa, three great-grandchildren/step grandchildren, many family and friends.

A Celebration of Life will be held at a later date.