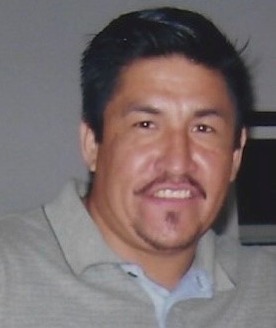 Alejandro "Hugo" Sandoval was born on September 29, 1965, in Guadalajara, Jalisco, Mexico the son of Antonio Sandoval and Teresa (Garcia) Montes de Oca. Alejandro was raised in Guadalajara by his maternal grandparents, Felipe, and Maria Guadalupe in Colonia Oblatos while his single mom worked in California to provide for her family. At the age of seven, Alejandro finally joined his mom and siblings in East Los Angeles until the age of ten, when the family settled in Huntington Park. Alejandro attended Gage Middle School and Huntington Park High School until the 11th grade. He married Natalie Diaz, raised three children, Veronica, Tony and Andres; and separated from his wife in 2011.

Alejandro was a loving son, brother, father, and grandfather. He was energetic, hardworking and a jack of all trades. He was a very thoughtful person who had a contagious laugh and always managed to keep a smile on his face no matter the circumstances or obstacles in life.

Alejandro is survived by his daughter, Veronica; sons Tony and Andres; grandchildren Mateo, Celeste, and Ethan; his siblings Leticia, Gilberto, and Danny; his seven nieces and five nephews.
He was preceded in death by his parents; brother Antonio; and his grandparents.