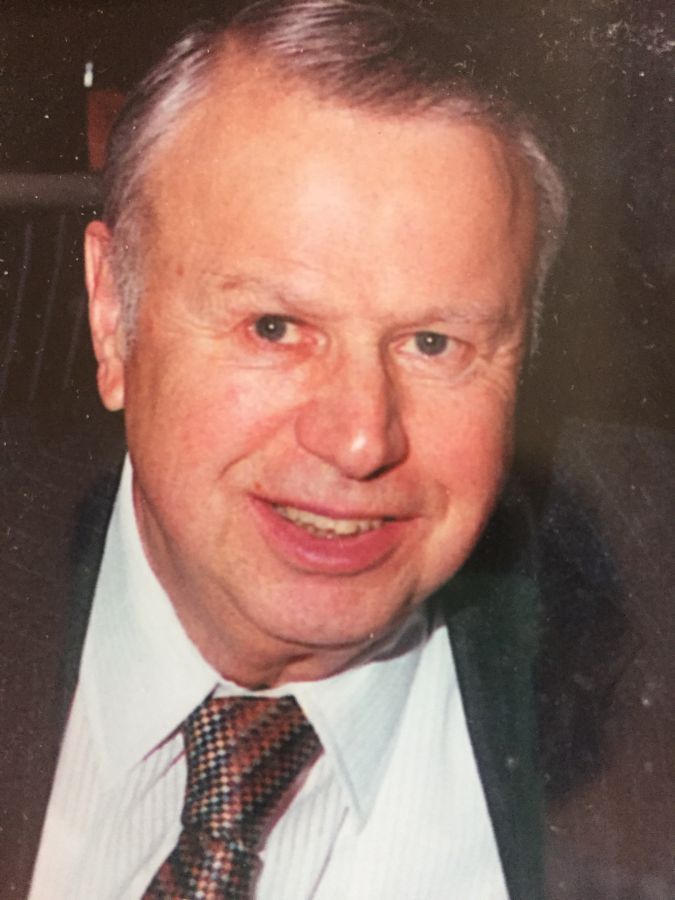 Dr. William Karl Nystrom of De Pere, WI and Sun City, AZ died peacefully on March 12, 2018 at the age of 90 surrounded by loving family members. Bill was born on November 3, 1927 in Marquette, MI to the late Walford and Margaret (Hadrich) Nystrom. He married his high school sweetheart, Margaret Blemberg in Marquette.

After graduating as class president from Graveraet High School, Bill earned a degree at Northern Michigan University and a Masters degree at Wayne State University. He excelled at sports, and was awarded a basketball scholarship during his university studies. While in the U S Army, Bill served in South Korea. He then completed medical podiatry studies at Temple University in Philadelphia, PA.

Dr. Nystrom successfully pursued dual carriers. Besides his podiatry practice in De Pere, Bill was president of Curative Connections in Green Bay. Under his leadership the present day Curative Connections complex was constructed with the building named in his honor.
Bill and Margaret enjoyed retirement between their homes in De Pere and Sun City. Together they traveled the world, visited friends and relatives across the country and cheered the Packers.

Bill is survived by his wife, Margaret, their sons Richard, Michael, Bradley and Gregory and their wives, seven grandchildren, numerous relatives including Sally Nystrom, Kay Blemberg, Ron and Sue Blemberg, and special niece, Karen Dumesnil.
He was preceded in death by his parents and by brothers Richard, Wayne and Donald Nystrom.