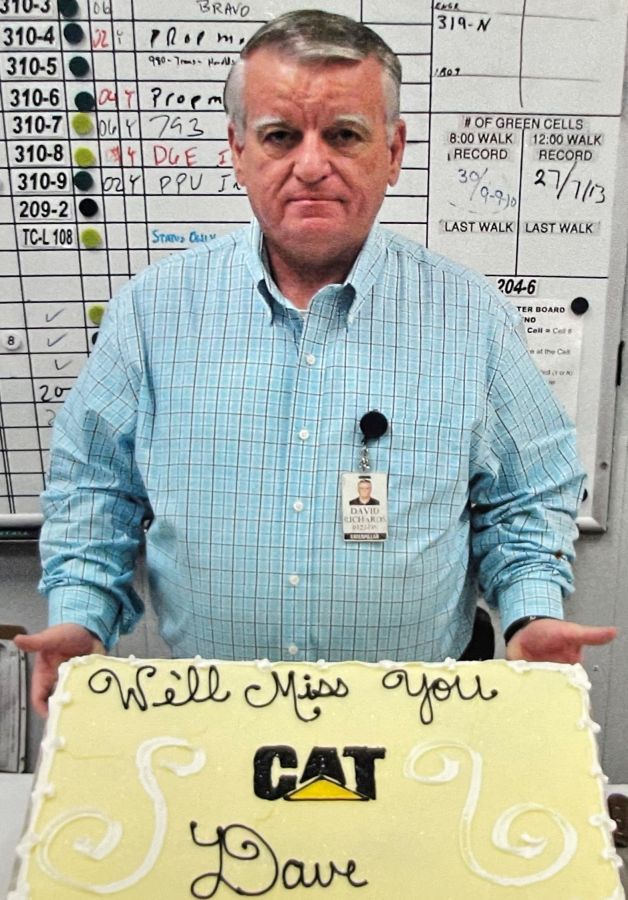 David "Dave" Stanley Richards, 75, of Yates City, IL, passed away on Saturday, September 17, 2022, at OSF St. Francis Medical Center in Peoria, IL, with Karen by his side.
He was born on May 21, 1947, in Peoria, and the second bouncing baby boy for George Charles and Maxine Faye (Kimzey) Richards of Hanna City, IL. He married Karen E. (Zink) McMearty on July 11, 1981, in Yates City, IL.
He is also survived by one daughter, Christie McMearty (Danny Terpstra); two grandchildren, Ainsely and Angus Terpstra; one sister, Cheryl A. Miller; and several nieces and nephews.
Dave was preceded in death by his parents; grandparents; one brother, G. Terry Richards; one sister-in-law, Judith C. (Betson) Richards; one brother-in-law, Edwin H. Miller; a very young Uncle James "Jimmy" S. Richards; and several other aunts and uncles.
Dave grew up in Hanna City, IL, and graduated from Farmington Community High School Class of 1966. He served his country in the United States Army from 1966 to 1969, a veteran of the Vietnam War.
Dave was Pipefitter in the Skilled Trades at Caterpillar and a member of the UAW Local #974. He retired from Caterpillar on January 29, 2011, exactly 45 years to the date he hired in, January 29, 1966.
Documentaries! He loved documentaries, because he thought anytime you learned something new, it was a good day. He also enjoyed NASCAR and any kind of sports, but never gave up on his favorite football team: Chicago Bears.
Cremation rites have been accorded. A private graveside service with military rites will take place in Pleasant Grove Cemetery in rural Trivoli, IL, at a later date.

In lieu of flowers, memorials may be made to the Yates City Fire Department, B.Y.E. Ambulance service, or to a worthwhile cause of your choosing.
To leave online condolences, please visit www.oakshinesfuneralhome.com.

Oaks-Hines Funeral Home and Crematory in Elmwood is in charge of arrangements.

"We worked together as pipefitters for many years. But we were friends. He was a good man, and fun to be around. Our prayers go out to you his family. Monroe (Money) Bailey."

"I have very fond memories of Dave. He was my big cousin and I know I annoyed him as a kid, but he always has a smile and hug for me ! So very sorry for your loss ! What a reunion it will be in heaven ! See you again some day. With all my heart Ethel Marie "

"My prayers and condolences to the family, God binds up the broken hearted and saves those crushed in spirit. Psalms 34:18 "