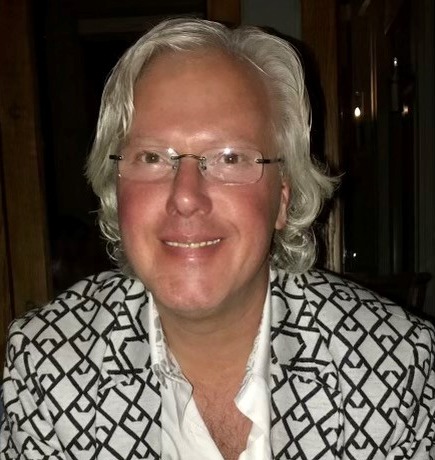 Dr. Demir continued on to start his own private practice in 1998. He was the Medical Director and President of Demir Medical Group until 2005. He built a thriving practice in the western suburbs of Chicago, IL. Richard dedicated his career and time to serving the underprivileged women and children of the surrounding communities. Demir Medical Group delivered over 24,000 births during these three decades. DMG was the largest private OB/GYN practice in Illinois for several consecutive years. He has been a leader in the field of Minimally Invasive surgery since 1990.

From 1993-1995 he partnered with Norbert Gleicher, M.D., founder of Center for Human Reproduction. Together they started the first city-wide network of Infertility offices in the Chicago metropolitan area in response to Illinois becoming the seventh Infertility "entitlement" State. In 1994 Richard helped create The Demir Foundation to help finance the administration of needed immunizations to children of the working poor in the greater Elgin area. Notable accomplishments of the foundation include the $2,100,000 donation by Demir Medical Group. In addition, The Demir Foundation also dedicated in 1998 the "Seven at the Gates of Dawn" civic sculpture in Elgin and then In 1999 the foundation dedicated the "Raise the Flag" civic sculpture as well.

In 2007, Richard relocated to Arizona. In 2008 he was recognized in the Guinness Book of World Record for "Largest uterus ever removed laparoscopically without resorting to laparotomy", before starting his Pelvic Pain Program in Desert Women's Care, he was one of a few surgeons in the United States that was recognized for performing successful, high risk surgeries such as laparoscopic cerclage which he is a national referral center.

Richard was a kind, and loving husband to his wife Kelly A Demir of 27 years. They shared a love of music, art, food, travel, golf and unique adventures as they built their life together. Richards love for golf is immeasurable. In 2002, Richard earned the title of Dad. He was a natural, and he thrived in this role. He was his daughter's Morgan Erin and Jordan Taylor's biggest supporter, their loudest cheerleader and their idol, as they were his. They will forever cherish their time together and the unique lessons he taught them, in ways that only he could.

"Dear Kelly - I am so sorry to hear of Richard?s passing. Prayers an condolences to you are your girls. David Klans (Vivian?s friend and co-worker at Forest Agency)."

"I have been a patient of Dr. Demir's going on 6 year's now. He was the first and only doctor to actually care about what was going on with me, and the first one to figure out what was wrong with me. I will miss the funny conversations, his love for any and everything Mardi gras, the music he would play, and seeing him in his boots. I hope they have Mardi gras on the other side, Dr. Demir. Thank you for caring. My condolences to his kids and wife. "

"I first met Richard while working at old Sherman Hospital in Elgin, IL. Kelly worked in the lab with me. As time went on, I worked for Richard as his Lab as his Manager. "

"Richard was truly an all around one of a kind person. He always had to be cutting edge with everything he did. In 2000/2001 he was the first in Chicago to enable his medical laboratory client Doctors 24/7 immediate access to their patients results. He didn't just want technology but only cutting edge technology. Thank goodness I am the same way and understood this need as his Fisher Scientific Account Manager. His playlists in the office were not the typical boring, easy listening, or elevator music. They were all Richard. He lived life to it's fullest and as close to the edge as he could get away with. My husband and I met through one of his yearly, always rememberable, Christmas parties. We always had an incredible time going to dinner, concerts, and every New Years celebration was spent with Richard and Kelly. When meeting Richard you would not have known how incredibly intelligent he was until you really got to talk with him or he told you he was a member of MENSA. He was always thinking of others and their well-being, a very empathetic, humble person. It's been years since I've been in touch with Richard and Kelly, but it feels like no time has passed, and I am deeply saddened to hear he was taken so early. A testament to enjoy every minute we have before being called back to the Lord. God bless his soul and his family Tammy-Lyn Yapp "

"I only knew him as my Dr, but I have been seeing him for so many years he felt like a friend. He helped me manage horribly painful conditions with his knowledge and skill and for that I will be forever grateful. My appointments were full of helpful information, a wicked sense of humor and to top it off he was always dressed in a delightfully fun and refreshing manner (way cool boots and sport coats.) It was hard seeing him not feeling well as of late and I was impressed and very thankful that he showed up for work anyway. ?Dr D?, I hope there are many amazing golf courses and much good food and drink on the other side?.You will be missed here though. Peace and healing to his family?Jo Mickelson."