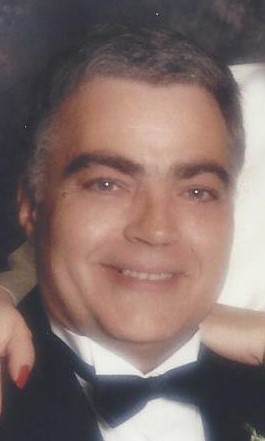 John M. Turausky, beloved Father and Papa passed away August 3rd, 2022, while under the loving care of his family, UP Home Health and Hospice and the staff at Brookridge Heights Assisted Living.

John was born in Chicago, IL on September 18th, 1939, son of the late John P. Turausky and Anne E (Seibert) Turausky. John graduated from DePaul University Academy High School in 1957. He then attended De Paul University and then began working for the Chicago Park District as a Physical Education Instructor for seven years and one year as the park supervisor.

August 30th, 1963, he married the love of his life, the late Jacqueline (Hurley) Turausky who he shared his life with for 51 years.

John then moved his family to Northbrook IL, to become the Director of Recreation. While director he established the youth soccer program which recently celebrated its 50th year. The facilities he managed were also the training facilities for the Chicago Black Hawks and the Chicago Sting professional Soccer team. While in Illinois John also was Parks Director for Park Ridge, and Salt Creek Rural Districts.

In 1982 John began his career in Marquette as Director of Parks and Recreation, which he proudly served until May 1998. During his tenure as director, he oversaw the Shiras pool renovation, South Beach area development, Lakeview Arena Expansion, the addition of the Fit Strip at Park Cemetery. He managed the maintenance, use and improvements of the 612 acres of park land for the city. His pride and joy was his dedication to developing the property that is now called Elwood Mattson Park and Cinder Pond Marina. He wrote the grants, headed the planning committee, and led the development of the park and marina.

John was a member of the Marquette Rotary Club. He served on the Michigan Recreation and Park Association Board. He served on the Great Lakes Training Board, The Marquette Chamber of Commerce, Marquette Beautification Committee, Restoration Committee. He was a member of the Fish Producers Association, and Elks club member. John and his wife were avid bridge players and were members of the Superiorland Bridge Club. On many mornings John fished the mouth of the carp river with his hand tied flies.

Upon retirement he and his wife wintered in Tucson, Arizona golfing and enjoying the weather which he was happy to report during his weekly calls to family and friends.

A graveside service will be held Tuesday, August 9th at 10:00 am at the Park Cemetery in Marquette with Rev. Gregory Heikkala officiating. The service will be livestreamed at: https://my.gather.app/remember/john-turausky

Thoughtful donations may be made to UP Hospice Foundation, uphomehealth.org in John's remembrance.

Arrangements have been entrusted to Canale-Tonella Funeral Home and Cremation Services where memories of John may be shared at canalefuneral.com.

"Steve and Family So sorry to hear about your dad. Our thoughts and prayers are with you and your family at this difficult time. ? Dee, Greg and Mathew Adams"

"When we became members at the Fish Producers Association and attended meetings, John always greeted us with a friendly smile and helpful manner. He added much knowledge to the association business and served his duties well. We are grateful for all he gave to the Marquette community. He will be missed. Sending our thoughts to his dear family. Jan Sabin and Dave Berry"

"We send you are greetings and express our sadness in the passing of your father and grandfather. Many years we enjoyed the hospitality of Jackie and John and many years of playing bridge in our bridge clubs. May they both Rest In Peace and may you all remember the wonderful times you had as a family.. Tom and Ruth Holmstrom "

"Sorry to hear of John?s passing. Fond memories of our boys spending time at your home in Shiras to to enjoy the many orphaned animal babies your Dad will bring home for care. One summer we helped him out by raising an orphaned fawn that eventually went down to the Island. Warm memories! "

"We are praying for Uncle John and all of you! Love, Kim, Pat & Liz"