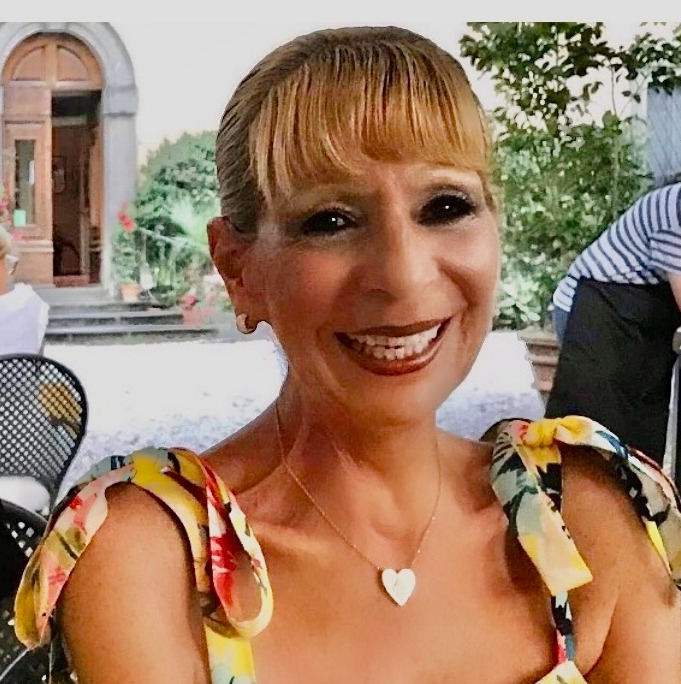 Jeanne Theresa Caprise (nee Giordano), 73, of Scottsdale, Arizona passed away on August 3, 2022. Jeanne was born March 30, 1949 in Brooklyn, New York to John and Mildred Giordano. On August 24, 1968, she married John and enjoyed over 53 years of love and friendship.

Jeanne's love of family and large gatherings in her home was her greatest joy, next to her love of shopping! Her passion was being in the kitchen cooking for family and friends and exploring exotic cuisines from around the world. Jeanne had the artistic eye to decorate her homes in such a fashion that could have been featured in magazines. Jeanne's happy place was Italy where she spent many summers enjoying the Italian life. You would often find Jeanne in her backyard, tending to her beautiful roses that one would find throughout her home.

Jeanne was predeceased by her parents John and Mildred and her brother Jimmy. She is survived by her loving husband John; son John Jr., daughter Tracy Anne and her husband John. Jeanne was blessed with five incredible grandchildren - Tommy, Johnny, Michael, Annaliese and Elizabeth.

In lieu of flowers, the family welcomes donations in Jeanne's memory to the Leukemia and Lymphoma Society at https://givenow.lls.org/jeannecaprise or to the charity of your choice.

For those unable to attend, the service will be live-streamed at the following link: https://vimeo.com/738439290

"I have wonderful memories of Jeannie. I was blessed to be her cousin. I remember her smiling and hospitality. Having coffee with mom at our home on Roxbury Road . I am glad we were able to stay in touch. We talked about Italy and family. She helps me to remember what?s important in life. I will cherish that always. ??"

"A kind, sweet soul who is in God?s arms . Love, Karen Shapiro "

"I always looked up to my cousin Jeannie.she was a very kind and generous soul. So many times I would show up at her house in Garden City when Johnny and Tracy were babies and she was always very good to me. Even if she was busy, she would welcome me with her beautiful smile. I really loved her"

"Aunte jeanie will always be a kind and gentle soul. You could see the brightness in her just in a picture. She loved unconditionally and genuinely cared for her friends and family. Even from thousands of miles away left heart felt messages that light up peoples hearts. She was a fighter from when she opened her eyes until she closed them and had a fire in her that will never die even when she is not here. Lets carry out a legacy like that, people like her are more of what we need in this world. My thoughts, love and prayers are with my family and all of those closest to her. She will always be with you in spirit. Aunt jeanie you're an angel now. Rest well. You will never be forgotten. Love always ? Your dear marissa ? xoxoxo "

"Jeanne was a very special person. My husband, Pasquale Vitucci's first cousin (Ann Vitucci's son). My prayers are with her family at this tragic time. Rest in peace, Jeanne!"

"Jeanne was more than just a star in the sky; she was the brightest star in the sky! Her credentials included kindness, love, fun and sparkle; she saw the best in everyone and was the first to give thanks and compliments. I was lucky to have traveled with her to the place that held her heart - Siena, Italy - along with Michelle Borrillo and Carmen Smith. We followed Jeanne around the well-known walled city, enjoying the majestic scenery, while she expounded on much of the history. We walked the cobblestone streets, ate gelato, shopped, bought jewelry, bought clothes, visited historical sites, ate more gelato, shopped for larger clothing and hiked down a steep hill to our farmhouse villas - all arranged by Jeanne. Jeanne's laughter was such a part of every adventure. In 2019 Sue Merritt arranged a trip to New York City with Jeanne, where, once again, the four of us (Jeanne, Sue, Michelle, and I) walked all over NYC, attending The Metropolitan Opera, Lincoln Center, Radio City Music Hall, Moulin Rouge on Broadway, Tavern on the Green, Rockefeller Center, Wall Street, makeovers at Saks Fifth Avenue, and the opening night of Tina Turner, the Musical, as well as eating at fantastic restaurants. Jeanne was so entertaining, so funny and such an enjoyable presence during this trip. Her laughter was uplifting and enduring. In the last few years, I often ran into Jeanne in Building 3 at Phoenix Mayo, where, even in the midst of difficult treatments, she had the glimmer and the gleam!! You were a terrific friend, Jeanne, and will always be celebrated for who you were! I will miss you. Christine Del Deo"