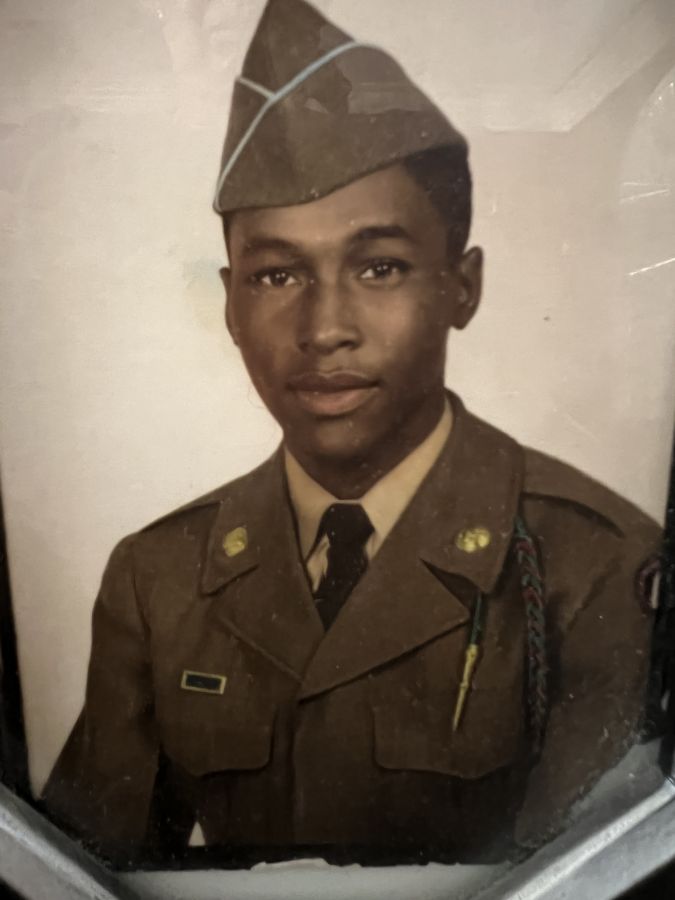 James Goode was born August 1, 1937, in Claremont, Virginia. His parents Dorothy and Winston Goode had three children, he was the second child between Winston Jr. and Lina Peoples. The family moved to Philadelphia when he was a teen and he graduated from BOK Vocational High School in 1955. During his high school years James worked as a door-to-door telegram delivery man. He "loved that uniform so much" that he joined the military.
He did two tours of duty with the United States Army followed by a stint in the United States Air Force. He was honored to have been stationed at Okinawa Air Base, Japan, Osan Air Base, Korea and Travis Air Force Base, California. During his final tour in the Air Force while stationed at Webb Air Force Base, Texas he met and married the love of his life Bessie Mae Killings.
They were wed in Midland, Texas on December 1, 1965, following his honorable discharge from the military, the new family relocated to Philadelphia, Pennsylvania. Because of his military background as a jet engine mechanic James was quickly hired by the University of Pennsylvania as a mechanician I, parlaying that into facilities manager for the campus, maintaining all large machinery items for the facility. He worked at the University until his retirement forty-two years later.
James died in his sleep of natural causes surrounded by his wife and son. He is preceded in death by his mother, father, and both of his siblings. In passing he leaves behind his wife, Bessie M. Goode, son Richard, daughter LaConna and granddaughter Alexandra.
Graveside Services 1:00 P.M., Friday, August 12, 2022 at Omaha National Cemetery.

"My deepest sympathy and prayers to the family, May fond memories and Jesus loving words found at John 11:25 carry you through and beyond this difficult time of mourning. "