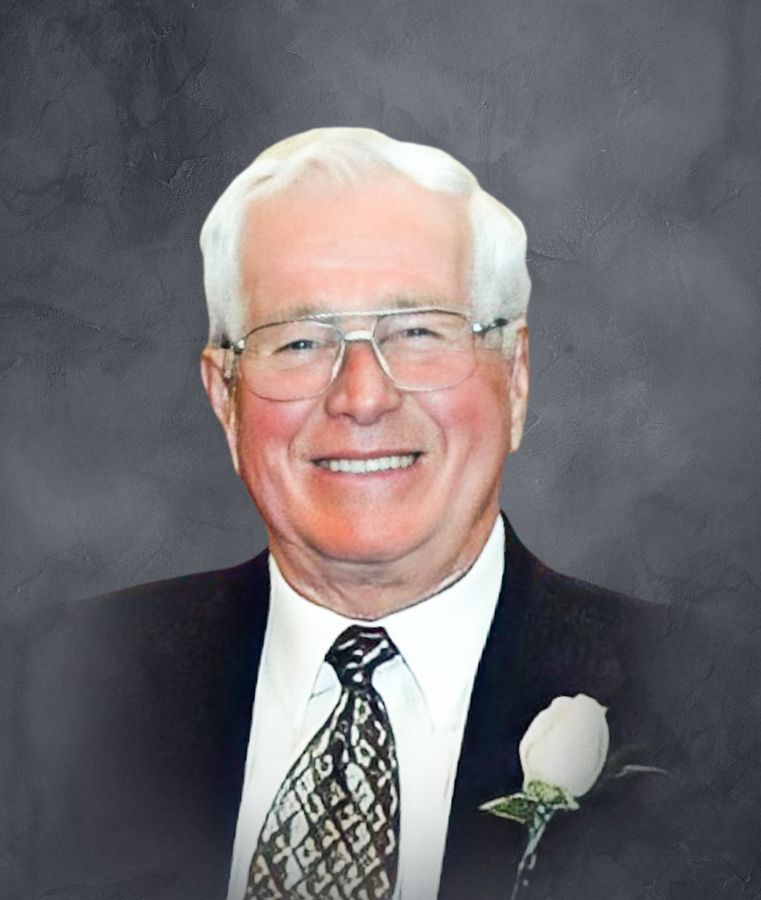 LaVerne L. Milow was born September 18, 1928 in Red Oak, Iowa, son of Lawrence and Alberta (Halbert) Milow. He was baptized at the First Baptist Church in Red Oak. Milow graduated from Red Oak High School with the Class of 1946.

After graduation, he attended ITT Trade School in Omaha, Nebraska and then worked for Peterson Motor Co. in Red Oak. He was drafted into the United States Army in January of 1951 during the Korean War until his honorable discharge in 1953.

On July 2, 1951, Milow was united in marriage to Barbara Ann Whitehead of Creston, Iowa. To this union, they were blessed with four children. After returning from the Korean War, he was employed by Retail Credit Company (later changed to Equifax) for 35 years. The family moved to Denison, Iowa in 1957. Barbara passed away in 1986.

He enjoyed talking with people, traveling, dancing, and watching sports, especially football. Milow was very well liked and he never turned down a beer. He had a strong faith in his Lord and cherished his family more than anything. He will be greatly missed by all.

Milow passed away peacefully, surrounded by his family, on Tuesday, July 12, 2022 at Gracewell - Eventide Lutheran Home, attaining the age of 93 years, 9 months, and 24 days. He was preceded in death by his parents, Lawrence and Alberta Milow; wife, Barbara; and his son, Mark.

A funeral service will be held at 11:00 a.m. on Monday, July 18, 2022 at Our Savior Lutheran Church in Denison with a visitation one hour prior from 10:00 a.m. to 11:00 a.m. Interment with Military Honors will be held in Crawford Heights Memory Gardens in Denison. Memorials may be directed to Gracewell-Eventide Lutheran Home in Denison.

"I was blessed to work with Laverne as he served on the Veterans Commission for the county. I could never have asked for a better "boss", he was always so supportive of our office and I learned so much from him. One of my saddest days was when he 'retired'...he served his county and Crawford County very well. "