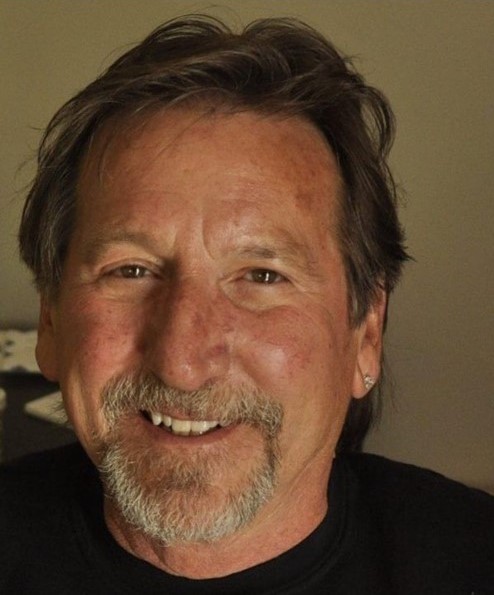 Gregory Harold Bernhardt age 69, passed away peacefully on June 8, 2022. He was born December 10, 1952 in Denver, Co to Harold and Esther (Pribnow) Bernhardt.

Greg graduated High School in Broken Bow, Ne and went on to obtain a Business Degree from the University of Nebraska in Lincoln.
Greg married Brenda Buckmaster in Lincoln in 1991 and they had two children together.
Nicki Lee (1993) and Hannah Christine (1998).

Greg had various talents and interest that mainly focused on Real Estate Remodeling and Development. However, his passion was photography. Greg ran Bernhardt Photography from his residence in Lincoln. His focus was senior pictures and Weddings. And of course his children.
In 1995 when Brenda's job took them to the Omaha area, they bought property in Buccaneer Bay Hills close to Plattsmouth NE. There Greg designed and built the home that their girls grew up in. During this time Greg played a major role in Nicki and Hannah's extracurricular activities, mainly soccer. He coached both of their teams at different stages of their lives and thoroughly enjoyed every game. Greg continued to purchase, remodel and flip properties within Omaha and Plattsmouth area until his retirement in 2018. He also enjoyed the game of Golf and was a member of the Bay Hills Golf Club.

Upon retirement Greg moved to Guadalajara, Mexico where he enjoyed engulfing himself in the culture with many old and new friends. His collection of photography from that time is beautiful.

In addition to his parents, he was preceded in death by his brother Ron, brother Darrel and nephew Mason.

He is survived by his daughter Nicki Bernhardt, Omaha, Ne, Hannah Bernhardt, Plattsmouth Ne and his beloved Husky Prince. Prince will spend the remaining days of his life, now being spoiled by both girls and living in Bay Hills.

Greg's wishes upon his death was to be scattered on family land close to Estes Park, CO where he spent many wonderful times growing up and then, shared with his children.