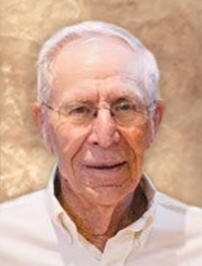 Donald "Ding" Wayne Kruse of Lu Verne, IA, passed away peacefully at Humboldt County Memorial Hospital Long Term Care on June 10, 2022, at the amazing age of 100 years. A memorial service will be held 10:30 AM Friday, June 24, at the United Methodist Church in Lu Verne. Visitation will be 9:30 - 10:30 AM at the church. Inurnment will take place at the Lu Verne Cemetery with military rites performed by the Renwick Legion Post #289.

Donald was born November 13, 1921, in Lu Verne, IA, to Fred and Ada (Davidson) Kruse. Donald was married and widowed twice, first to Elinor (Barton) Kruse and then Marilyn (Zentner) Kruse. Donald graduated from Vernon Consolidated School and worked with his father and his uncle Hank on the family farm, while also holding other jobs including working for the Lu Verne cheese factory. He was drafted into the Army in April 1943, and trained in California and Mississippi before spending more than a year in the European theatre. Donald was extremely proud of his military service and contribution as a member of General Patton's Third Army. After returning home from the Army in late 1945, Donald spent the rest of his life as a successful farmer, working with his father, nephew Michael Bohan, and other family members. He never stopped being a farmer and was still helping with farm work late into his 90's. Donald loved motorcycles, ATVs, and snowmobiles, and made many trips with his wife Marilyn and friends to ride snowmobiles at Yellowstone National Park. He was known for his love of German Shepherds, honoring the dogs he raised with a stone statue outside his home. Everyone was always amazed at how independent, active, and outgoing Donald was up to the time he passed.

Donald was preceded in death by his parents, his wives Elinor and Marilyn, sister Dorothy McDowell, and nephew Michael Bohan. He will be lovingly remembered by his sister Betty Bohan of Tulsa, OK, and many nephews, nieces, and their families.

In lieu of flowers, the family asks you to consider a contribution to your favorite charity in
honor of Donald.

"So very sorry for your loss. I\'m Gordon Davidson\'s daughter."

"I have many fond memories of my Uncle Ding. From my childhood staying overnights with them and gathering eggs from the chickens, getting to ride his horse which I loved. He always said I could take it home to Fort Dodge and keep it in my parent?s garage. ?? I remember His dog Trixie who would get so excited when she saw me that she would pee all over! Years later he gave my grandchildren rides on his 4 wheelers and rides in his tractor. He played pool with them and enjoyed their visits. He amazed me until the end of his life and I?m so happy he could stay out of the nursing home and have his last few days of life in Humboldt?s long term care. He was a great man and will be dearly missed. Love, Sharyl Ault"

"Ding the coffee & prayer group will miss you in LuVerne. You lived a long life at 100 years young. Your reunited with Marilyn. Rest in Peace. "

"Donald was my late husband, Mike?s, uncle. They farmed together and had a special bond. He was a grandfather figure to my children. He was a special man to our family and will be missed. "