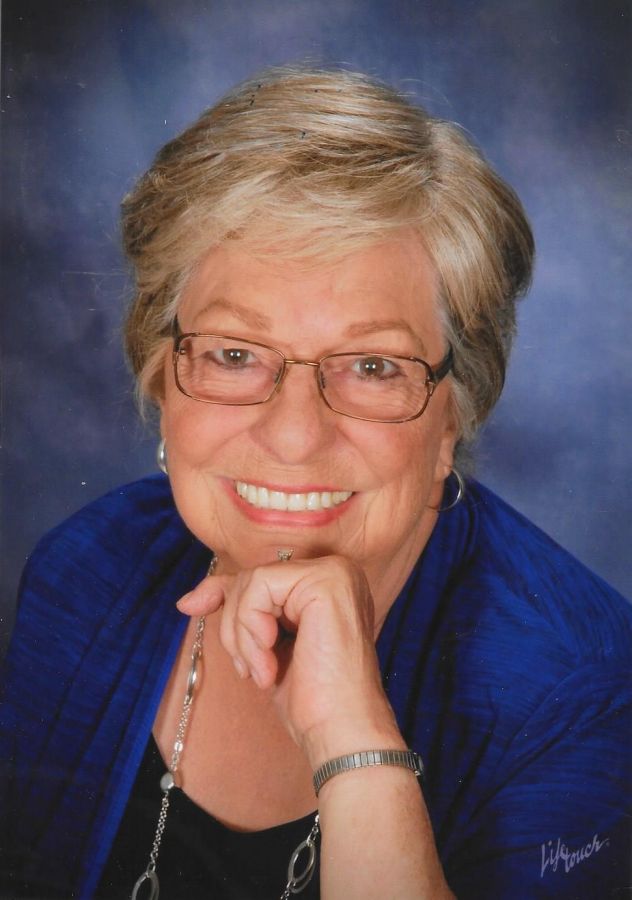 Evelyn was born the youngest of three children, to Joe and Anna Bidermann of Rego Park, Queens, NY. Always busy, yet gracious at everything she did, she leveraged her talent by showing others how to do, yet made it fun for every team she led. From her early years as an ice skater, to being a mother to five boys, and later as a facilitator of many church ministries, she touched the lives of many. In the mid 50's she performed as a figure skater in New York's Center Theatre, the Roxy Theater and Aqua Show in Flushing Meadows. Later, she worked at Kollsman Instrument, where she met tall, dark, and very handsome engineer (her words), Fred. Previous thoughts about becoming a nun quickly passed. In 1962 the family drove to Brea, where Evelyn renewed her ministry publishing St. Angela Parish's newspaper and teaching CCD at the parochial school, where their sons attended. The family moved to Yorba Linda in 1966, and were original members of the new St. Martin church. Evelyn eventually had 5 boys in 10 years, and now have 6 grandchildren and 2 great-grandchildren. After her motherly duties became manageable, she became more involved with St. Martin ministries, culminating with making 40 costumes for the church's Good Friday Passion and she stayed close to that group until recently, performing alterations, new costumes and repairs. She left a part of her life with each of us and she will be dearly missed, but the world is a better place because of her. Funeral Services at St. Martin de Porres church, Thursday June 9, and interment at Holy Sepulcher Cemetery, Saturday June 11.

In leu of flowers donations to Higher Ground https://www.highergroundoc.org