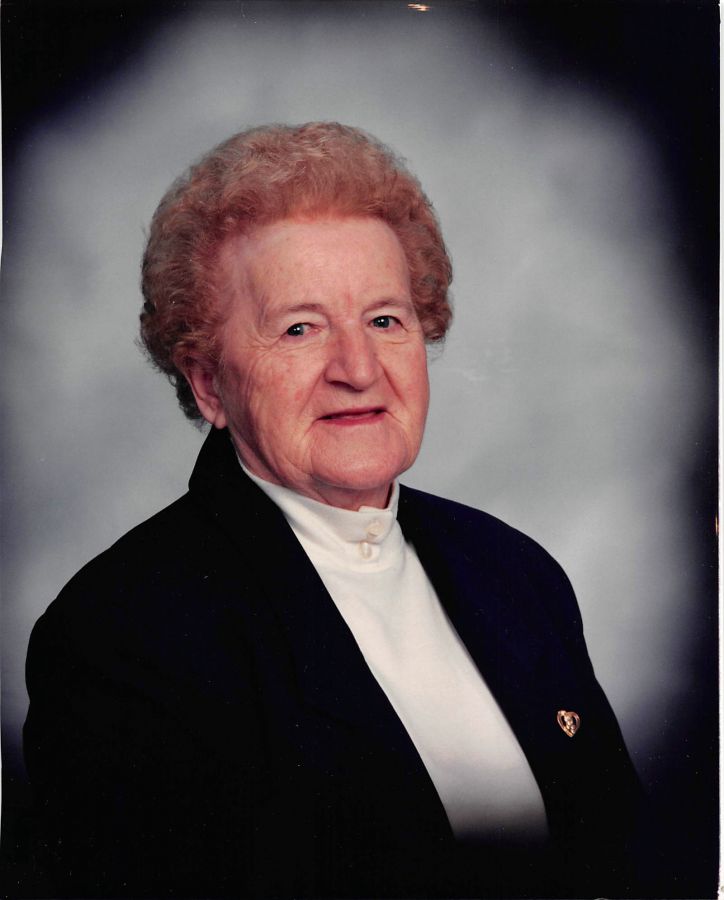 Theresa Philippi, 94 year old resident of Royalton, formerly of Waite Park, died Wednesday, May 11 at her home in Royalton with her family by her side. A Memorial Mass of Christian Burial will be held on Friday, May 20 at 11:00 A.M. at Holy Trinity Catholic Church in Royalton, MN. A visitation will be held from 9:30 A.M. until the hour of the service on Friday at the church. The burial will be held at St. Joseph Cemetery in Waite Park.

Theresa was born on December 15, 1927 to Frank and Agnes (Philipsek) Kuklok. She attended rural country school and grew up in the Holdingford area. She married Peter Philippi on August 10, 1948 in Opole. Together they had 4 children. Theresa worked several years as a laborer at Franklin Manufacturing in St. Cloud. She loved reading, vegetable gardening, fishing, doing needlepoint, watching game shows and playing Nintendo with the grandkids and was an avid football fan. She especially loved to travel, going many places around the world. Theresa has traveled to Rome, the Holy Land, Scotland, Poland, Panama Canal, Mexico, Hawaii and Maui and she went on an Alaskan Cruise with her entire family for her 90th birthday. She liked watching movies and loved to laugh. She was still mowing her own grass at the age of 92!

Emblom Brenny Funeral Service is Cherishing the Memory and Celebrating the Life of Theresa. 320-632-4393.

"There was no kinder more selfless or giving person than this dear woman. There was nothing she could not bake, fry, skin, can or pickle. Her faith in God was her super power. She was the best and wisest woman I ever met. May she rest in peace with our Lord."