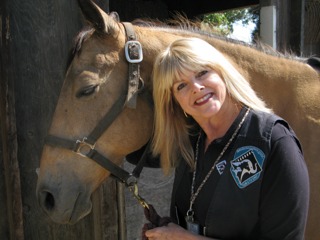 Judy passed away the morning of April 19th surrounded by her friends.
Judy was born in upstate New York and lived in many places during her 74 years: Keuka Lake, New York; Sanibel Island, Florida; Sebring, Florida, where she graduated from High School; Tallahassee, Florida where she received her undergraduate and graduate degrees; London, where she was a Counselor for FSU students studying abroad; New York, New York, where she held several positions within the non-Profit world; Cave Creek and Rio Verde, Arizona; Santa Monica and Los Angeles, California; and the last six months in Scottsdale, Arizona.

Before she retired in August 2021 she had served for 30 years as Director of Development and Public Relations and Managing Editor of The Latham Letter for The Latham Foundation for the Promotion of Humane Education. Judy was an avid lover of animals and also worked for the American Humane Association, Film & Television Unit, as an Animal Safety Representative protecting animal actors in film and television through on-set monitoring and reporting. She is a Past President of the Association of Professional Humane Educators. Judy is pre-deceased by her parents, Ray and Dorothy Clark, and her partner of eighteen years, Georges Gerdes. Judy is survived by many, many friends who will miss her abundance of wonderful, endearing and delightful traits and her steadfast loving friendship.

"Judy was a dear friend, a top-notch editor and an honest, intelligent, pragmatic voice in a career field often marked by activism and emotion. She truly cared for all living beings -- whether four- or two-legged -- and she left her mark in a long career. We will all remember and miss her."