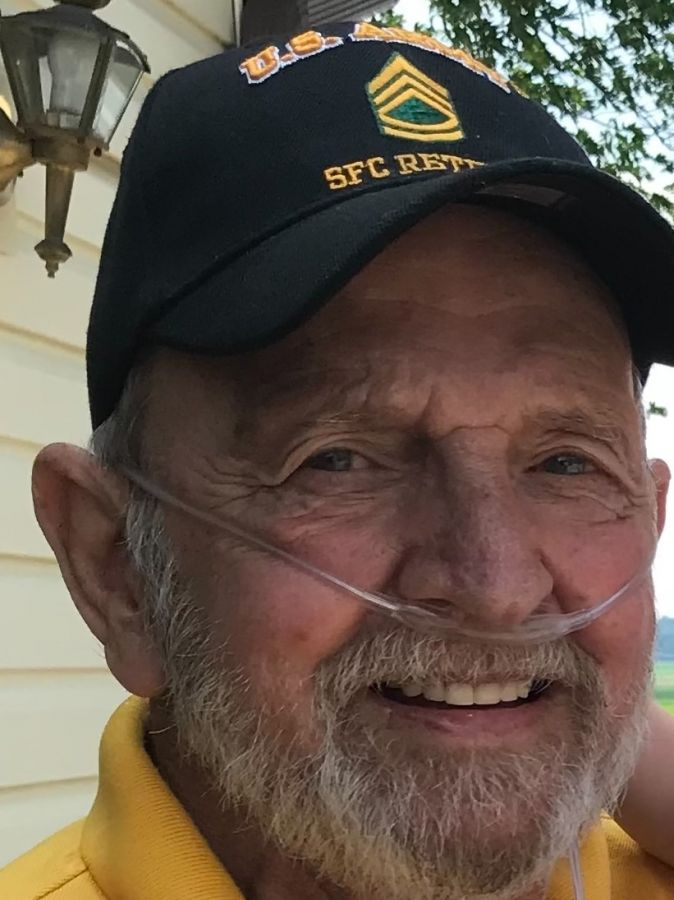 Following high school, Ron joined the Indiana National Guard and retired after 28 years of service to his nation. The City of Washington proclaimed October 25, 1994, to be Sgt. First Class Ronald J. Dinkens Day, for his service to his country and the community of Washington. At age 59, he earned an Associate Degree in Applied Science from Vincennes University, and retired as plant manager from KCARC in Bicknell.

Ron was preceded in death by his parents, Floyd and Margaret Dinkens, and son, Kevin Dinkens.
The family requests that, in lieu of flowers or other gifts, memorial contributions be made to the Wounded Warriers Project, PO Box 758516, Topeka, Kansas 66675-8516, or Daviess County Friends for Animals, PO Box 402, Washington, Indiana 47501

There will be no visitation .

A Mass of Christian Burial will be held at 11:00 am, Friday, May 13, 2022, at the St. Peter Catholic Church in Montgomery. Father Sudhakar Bhastati and Father Jim Koressel will be co-celebrants. Interment will follow in the St. John Cemetery, Washington. A ceremonial unit of the Army National Guard will accord military honors at the cemetery.

Condolences may be sent to the family at www.edleemortuary.com.

The staff of the Ed L. Lee Mortuary is honored to assist the Dinkens family during their time of loss.

"Ron and I along with a few others went to basic training together at Ft. Jackson, South Carolina in 1966. Rest in peace."

"Very sorry to hear this. I was in the guard with Ron in the early 70s. I went on active duty in 75 and would run to him when I was visiting. Great guy enjoyed serving with him. Prayers for the family. May he Rest In Peace. Robert Kemmis "