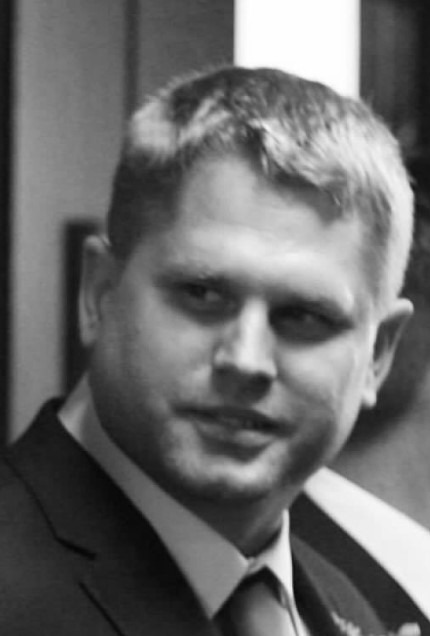 Joshua James Rauch was born on August 16, 1980 in Little Falls, MN to Thomas and Megan (Blechinger) Rauch. Josh grew up in Little Falls with his mother and also shared time with his father in Pierz. During his adolescence Josh's many talents began to develop, first small and they grew from there. Josh spent many hours in his dad's garage on Highway 27 west of Pierz, Tom's Garage. This is where he worked with his dad Tom and brother Mikey turning wrenches, pulling motors, painting cars and I'm sure at times grinding each other's gears (I mean do you know these guys). When Josh was at his mom's house in town the tools and space were limited, so at first, he would suffice this by building model cars (remember those and that awful glue smell). When his desire for more of a challenge grew, he started his own little "bike shop" in the backyard, which his mom got a talkin' to more than once by the apartment manager because of "the clutter". He then befriended an older gentleman Mr. Hinnenkamp, who lived near and also shared his love for everything grease, cars, mechanics and tearing things apart (just to see how it worked) and put it back together. It was when Josh moved with his family west of Little Falls to his grandparents retired farm that he really evolved. That's because he was able to turn the old milking parlor into his own shop. He began collecting tools, parts, etc. and when he was 16 Josh started what had become a lifelong project, a 1947 Chevy. Josh worked on mechanics and auto body and painted of his friend's vehicles in this shop as those were many of his first customers. It wasn't all work because there were gatherings of these friends (and many more) on Friday or Saturday nights (and during the week I'm sure) more times than can be counted. Josh graduated from Little Falls High School with the class of 1999 and one month later entered the Army National Guard on July 21. Josh was later honorably discharged on October 30, 2010. After his honorable discharge, he enjoyed working in the autobody industry (most of that time in his own shop). Josh loved anything to do with fixing and working on vehicles as he never stopped coming up with new designs and projects to work on (and usually had more than one project going on at a time). Josh did develop a special interest in vehicle restoration and he was so good at what he did that his completed projects and word of mouth did all the talking. He didn't need to say a lot when "selling a job" cuz his work and talent spoke for him and it got all the business (plus more) than what he ever needed. Josh enjoyed car shows and classic cars however, his true passion was loud trucks and truck pulls. He loved truck pulling. For him, it was life. He lived and breathed truck pulling. He spent many hours working on the trucks (and tons of money I'm sure). He loved every minute of truck pulling from building the engines and getting them to spin as much as 9,000+ RPMS consistently and building just about everything custom on his three pull trucks over the years, Stress Case, Under Pressure and Short Circuit. Josh (along with other opponents - not saying any names *clears throat* insert name here) was known to razz other pullers (I mean come on this is Josh we're talking about here) but was still always respectful and willing to help out another competitor.

Josh was united in marriage to Carina Reed in a private ceremony on September 1, 2005 in St. Cloud, MN with their family present. The couple were blessed with three daughters (Irish triplets), Olivia, Kristen, and Elizabeth (Lizzy). Over the years the family enjoyed going to numerous truck pulls (I mean of course did you just read the above paragraph or not) over the summers at county fairs throughout the state. They enjoyed spending time together and going on family trips such as to the Black Hills in South Dakota, Grand Canyon in Arizona, Disney World in Florida and many Minnesota destinations as well. Of course, Josh got his girls out in his shop and taught them how to paint, weld and work on their own bikes and eventually, cars. Josh was full of ideas and kept working on accomplishing them all. He watched a show Tree House Masters which inspired him and his girls to build one in their cow pasture. It was huge with a large picture window, cedar siding and a zip line! I mean of course Josh couldn't just do a small normal (aka boring) tree house, he had to add his flare, his touch to it. Just like anything he did. It had to be bigger, better, more unique and more perfected than anyone around.

Josh was quiet, observant and at times to himself .. Until he got to know you, then he would start to show the side of him that earned the nickname Rauch-ster from his High School buddies. See there was no goal too big, no destination too far away and no dream that was unattainable. Josh had so many talents and was able to see and imagine things in his mind and then create it with his hands. Along with all the bragging above about Josh's mechanical talents, he was a carpenter (so was Jesus, just saying) and at 19 years old he bought his first house. He single handedly (I'm sure with some help from others, but not much) remodeled 2.5 interior floors of the house and then did the same with all the exterior. This was the home Josh and Carina started their family and raised their girls until they were early grade school age (2010/2011), which they then moved their family to Pierz/Lastrup. After the move Josh had the shop of all shops on their homestead and honestly a book could be written (with some pretty awesome pictures) about the projects that were completed there. I'm sure another book could be written from Josh's friends of the stories in that shop (PG13 of course). Josh was truly an amazing individual and he could do things most of us could only wish for. He was a friend to most, but always stood up for what he believed in, for what's right and especially for the "little guy". He had a huge heart for helping others, taking them under his wing and at times would even put others before himself. Josh loved to joke, have a good time anywhere he went and was full of life and energy (sometimes too much). Even though Josh was very much a guy's guy he was absolutely crazy in love with his girls Olivia, Kristen and Lizzy. From day one he was very much a hands-on dad and his girls helped fill a spot in his heart that he never knew needed to be filled. He had a certain grin and smirk (you know the one I'm talking about) that was undeniable to Josh. He will be missed by so many. Josh was also a member of the Heartland Truck Pullers, Wounded Warrior Project, Disabled American Veterans and the American Legion.

Emblom Brenny Funeral Service is Cherishing the Memory and Celebrating the Life of Joshua. 320-632-4393.

"Josh was a very good kid when he was growing up. He s well Manard and respectfully. He also liked to help others. I am his auntie and I will miss him dearly. R.I.P. Josh. Sadly missed but not forgotten. Sorry that I couldn't make it I wasn't feeling well. Love Auntie Gail"

"Am so sorry & sad to hear about Josh's passing..such a great guy & wonderful soul..prayers. RIP Josh"

"A great loss of good guy. So sorry."

"So sorry to hear of his loss. His family will be in our thoughts and prayers. RIP Josh."

"Josh was a very sweet guy I will miss seeing him & his smile that brightened the day when he came into Lastrup. "

"I'll miss our trips to Florida Rest in peace brother! Love you"

"I am so sorry--sending prayers to Josh's family"

"My sympathy to Jousha?s family. "

"My sympathy to the family for your loss!RIP Josh"

"So sorry for your loss!RIP Josh"

"So sorry to hear of Josh's passing. He was such a kind young man. My heart goes out to Maria and the rest of Josh's family"

"Sorry for your loss! Mike and Theresa Barnes"