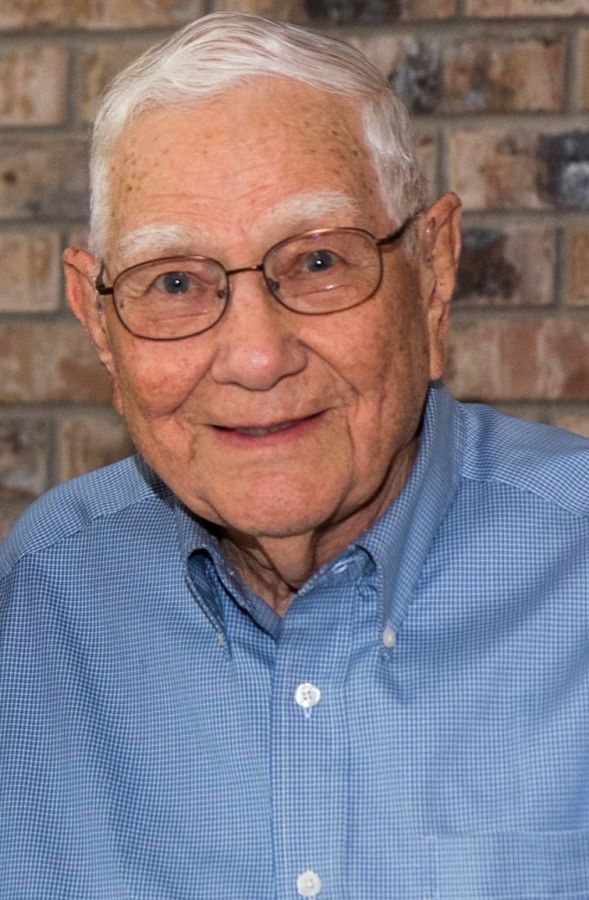 Robert "Bob" George Stiles was born the third of six children to Lee Ray Stiles and Mary Jane Smyrl in Cushing, Oklahoma on January 14, 1923. He passed away at home, on May 1, 2022, due to respiratory failure due to recurrent pneumonia, at the age of 99.

Born and raised on a historic working dairy farm in the heart of Oklahoma, Bob learned at a young age the value of hard work, dedication to family, and ingenuity in the challenging years surrounding the Great Depression. Although he knew he did not want to work the farms as he grew to adulthood, he always had a great reverence for the hard work and dedication that farmers and their families endured to provide for the needs of others.

Bob was drafted into the Navy on June 30, 1942, and proceeded to his naval training in Farragut, ID, Company 454. Bob was stationed on Majuro Island in the South Pacific installing the newly improved Norden gun sights on the U.S. Navy fleet that had stopped there during WWII.

Bob met Esther O. Walker on a blind date in early 1944 and they married on June 24, 1944, in Jacksonville, Florida. The couple lived near where Bob was stationed with the Navy at the time. They were married 63 years until Esther's death in 2008. They had two children: Sheila and Robert Lynn "Bob" Stiles. Family was everything. Bob and Esther traveled extensively throughout the United States with their children - stopping at nearly every relative's home, National Monument, National Park, statue, or intriguing geological feature along the way. An avid amateur photographer, he kept detailed documentation of their journeys as a family. Bob and Esther worked incredibly well together on every project, and she was extremely patient and supportive of his dreams and wild ideas. Bob and Esther initially raised their family in Oklahoma and Kansas, eventually moving to Huntsville, AL, where Bob worked as an Engineer at Boeing on the Saturn V rocket. Bob's employment with Boeing would soon move them to Washington State in 1969. The couple settled in Marysville, WA, where they would spend their last 39 years together. Between Alabama and Washington, Bob spent a total of 37 years with the Boeing Company.

In 2010, Bob met Beth Ullom Butler, and the two were married on August 28th. Beth has been an incredible and doting companion to him for nearly 12 years. They were able to take several trips, work on several projects, laugh and love as they took care of one another - enjoying the remainder of their years together at their home in Marysville, WA.

Bob had a love of working - of honing his skills and learning new ones. He was a great example to his children and grandchildren of hard work, determination, and seeing even the most difficult of situations through. He loved building things; including homes, shops and other buildings, and spending time outdoors; gardening, camping, target shooting, hunting, fishing and had a special love of sailing. Building his first sailboat by hand in the mid-1950s and having had several boats since that time; he loved the freedom of being on the water - and loved to share that experience with family and friends. Bob had a great witty sense of humor and fantastic smile. He worked tirelessly. He served his family and friends. He loved fearlessly. He gave his all to everything he came up against in this life. In addition, Bob was a proud member of the Shriners International Society. He was also a life-long (and the oldest) member of the Marysville Rifle Club, where he leaves behind many friends.

He had great pride in his children, grandchildren and great grandchildren - their drive for learning and achieving success in all their lives and careers. Bob enjoyed being a part of it all.

Memorial Service Information:
Saturday, May 14, 2022, at 11:00 am PST at St. Phillips Episcopal Church in Marysville, Washington. Reverend Dawn Campbell Foisie will be officiating. Light refreshments will be served afterwards for those who would like to join us.

Internment: Graveside with military honors will be held at Tahoma National Cemetery in Kent, WA.