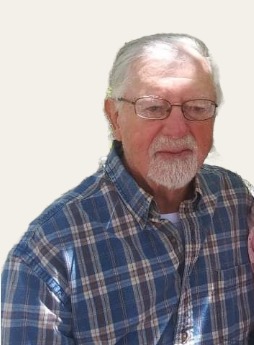 Bob loved Jazz Music and played the trumpet in high school. He formed the first Pep Band at Preston High School and was a very good trumpet player. Newell Hart heard him play and asked him to play in the dance band at the old Persiana Dance Hall on weekends. This was one of his most favorite jobs.

After graduating from Preston High School in 1944, Bob joined the Navy and was honorably discharged. While stationed on the ship to help pass the time, he would play table tennis and was the champion table tennis player on the ship.

After the Navy, Bob had many adventures and jobs that took him from Preston to Salt Lake, San Francisco, Miami, New Orleans, and several other places finally ending up in Sacramento where he stayed for many years before returning to Preston in 1993. He loved sailing, fishing, Joe Montana, the 49ers, and his dogs. The adventure that Bob was proudest of was his six-week trip in a sailboat from San Francisco to Tahiti.

Bob was married for a short time to Ruth Barlow who was one of the attendants to the Preston, Idaho Rodeo Queen in 1956. After his marriage to Ruth ended, he married Jerry Mountford, and together they had two sons, Robert John Anderson, Jr. and Christian Lane Anderson. They were later divorced. He then married Pauline Lowe Waddoups in Preston, Idaho in 1995.

Bob was baptized and confirmed a member of The Church of Jesus Christ of Latter-Day Saints on January 27, 2018.

He went on his final adventure on April 29, 2022, when he passed away very peacefully at Terrace Grove Assisted Living in Logan, Utah. He was preceded in death by his wife Pauline, his parents, his brother Gene and his dogs. He is survived by his two sons, Bob and Chris, their mother Jerry, his sister Kaye and a stepdaughter Marsha Patterson. Also surviving him are a niece Vicki Harris and three nephews, Michael, Steven, and Scott Anderson, and a special cousin Gael Bohannon.

Bob's wishes were to be cremated and his remains placed near his mother. A short memorial service with military honors will be held Wednesday, May 4, 2022, at 1:00 at the Franklin County Funeral Home located at 56 S State, Preston, Idaho. There will be a visitation prior to services from 12:00 to 12:45. Inurnment will take place at the Preston, Idaho Cemetery at a later time.

The family would like to thank Terrace Grove Assisted Living and Tender Care Home Health and Hospice for the loving and compassionate way they took care of Bob in his final months. Also special thanks to Jim Summers and Jared Cox for their friendship and loving care shown to Bob for the last several years of his life. A very special thank you also to Todd Goodsell at Franklin County Funeral Home for his extra support and sincere and genuine care shown to the family.

Please share a favorite memory of Bob or offer condolences to the family by leaving a tribute on this page.

Gael Bohannon, daughter of Shirley & Roy Anderson wrote on May 2, 2022:

"Forgiveness rests our souls and minds, and helps to heal our hearts. "

Gael Bohannon, daughter of Shirley & Roy Anderson wrote on May 2, 2022:

"My earliest memory of Cousin Bob was in the 50s. He visited our home in Seattle, WA and brought each of us a beautiful shell from Tahiti. My second memory was of his visit to my husband and me in Kirkland, WA, with his wife, Pauline. It was so nice to see them both and, and a chance for them to see their Aunt Shirley (my Mother) who was approaching 90. I visited Cousin Bob last Fall, after being contacted by Cousin Vicki, telling me that he was failing. And once again, I visited him and had the opportunity to say good-bye this past April. Through the years, we corresponded by email, snail mail and once in a while on the phone. It was such a pleasure to know this man. It was good talking about relatives; some of which I have never met. Our favorite talks were of dogs - my Dad's (Uncle Roy) and his. Rest in peace Cuz! I want to also thank Cousin Vicki for her perseverance making sure Bob had what he needed, cared for him and kept in touch with me. She was certainly a Godsend for him. "