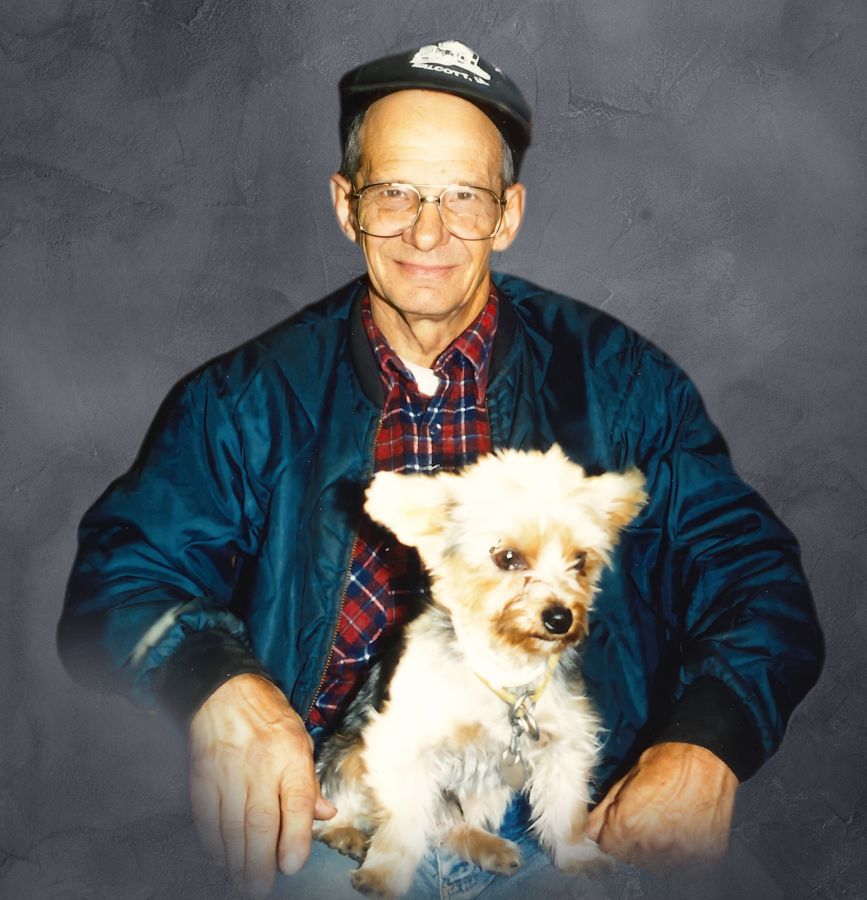 Harold Leon, son of Leon and Alice (Funk) Schumann, was born June 6, 1932, at home north of Fonda, Iowa. He attended a one-room country school until it was closed and then continued school in Fonda through the ninth grade. Harold then spent many years taking care of the family farm after his father passed away. He later acquired his GED.

In the early 1950s, Harold was united in marriage with Mavis Coleman. The couple lived in Fort Dodge and had three children: Wanda, Robert and Roxanne. Shortly thereafter, the couple separated.

On November 1, 1958, Harold married Ruby Frain Bell in Tarkio, Missouri. Three boys were born to this marriage: Kevin, Jody and Harold Jr. The family first lived in Churdan and eventually settled in Templeton. Harold spent many years making a living driving semitrucks, mainly hauling livestock and grain for Friedman Trucking and Garst Seed Corn. During those years, Ruby and Harold raised their three boys and helped raise some grandchildren.

He loved driving and his dogs (especially Yorkies) and John Wayne. Harold spent his retirement watching every western he could. He made sure to never miss Wyatt Earp before the news every afternoon.

Harold is survived by his brother Donald Schumann of Nevada, IA; daughter Wanda Woodbeck (Steve) of Eagle Grove; son Kevin Frederick Schumann of Manning; daughter-in-law April Schumann of Coon Rapids; a son-in-law Bruce Richards; and by many grandchildren and great-grandchildren.

He was preceded in death by his parents; wife Ruby Schumann in 2018; daughter Roxanne Richards; and three sons: Robert Schumann, Jody Schumann and Harold Schumann Jr.

"When we were young kids, I remember working in the fields on the farm and getting us getting into mischief but it ended in fun and no one got hurt. Our BB Gun fights were also fun and we didn't realize the danger but luckily we did keep a safe distance. We walked to the country school house 1 3/4 miles each way. In the winter we would cut across the fields and over the frozen drain ditches. That all ended when Mother caught us going over the frozen drain ditch. She didn't let us go to town for 4 Saturday nights as our punishment. I realize now that if the ice would have broke, we would have both died. We had a wonderful mother that took good care of us. Our dad passed April 28, 1940 so that left Mother, Harold and I on the farm. The three of us did all the farming. We enjoyed picnics and sitting outside and talking together after meals. Harold didn't care for school so he starting Trucking. He later bought his own Semi and would keep trading it in for bigger and newer. He did really well. I think he drove over 3 million miles in his career. Life got busy for both of us but we would talk on the phone once every two months. I will really miss you, Harold! From your brother, Don"