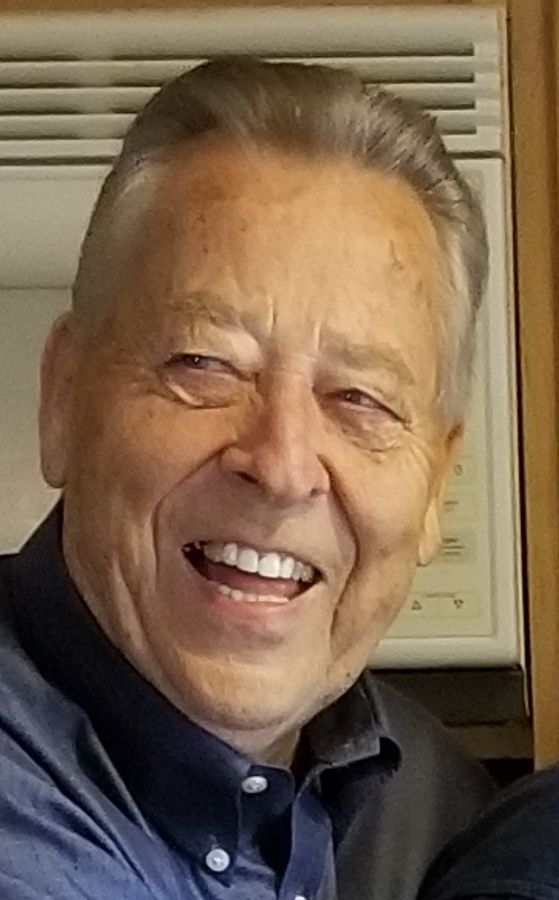 Born on June 22, 1933, to parents Soren and Josephine in Moorehead, Minnesota, and raised on the Nelson family dairy farm in the San Fernando Valley, CA., with three siblings: sister, Joanne, twin brother, Roger, and brother Stephen. Richard graduated from North Hollywood High School, followed by course studies at Valley College. He then chose to serve his country by enlisting in the ARMY and was awarded the National Defense Service Medal upon his discharge.

Richard's high-spirited entrepreneurial disposition enabled him to live a life many others have only dreamt.The life skills acquired and embedded upon him in his younger years led to the amazing man he became; he was The Greatest of All Time. From his early innovative idea and profitable execution of creating several drive-through Milk Stores in multiple counties in Washington, later becoming a top representative for New York Life, then delving into Real Estate through the development of The Birch Bay Leisure Park in the 1970s; Richard was a successful serial entrepreneur. We certainly recall that the Leisure Park development was published in the book "Sights Over Washington State," as Richard frequently reminded us.

Richard's business acumen ultimately led him to create Executive Real Estate Inc., a firm at its peak that boasted over 300 professional Commercial and Residential Associates under his leadership. He always emphasized a corporate culture of customer service excellence. During this time, Richard met his wife, San Juanita Guerrero-Nelson, with whom he would celebrate 28 years of marriage. With Executive Real Estate Inc. at its peak, Richard chose to retire, and the Nelsons relocated to southern California to celebrate his accomplishments. Retirement was more like a hiatus as his passion was always the art of the deal. Rekindling his Real Estate development skills, Richard anticipated an opportunity for new residential developments in the suburbs of L.A. He formulated new professional contacts, most notably, the residential home builder Brookfield Homes. These new endeavors culminated in his leadership of the land acquisition of 200 plus acres for the future development of 300-500 homes in Santa Clarita, CA. This remarkable accomplishment solidified his legacy as a top professional in the Real Estate business.

As time passed, vicissitudes and family led the Nelsons back to Washington state in 2010. Richard had been called upon again to be an advisor for a Real Estate development in Birch Bay, The Tides. He then proved to be a valuable resource and undeniable pillar of support. After four years of the site being underway, a new adventure presented itself. Richard was brought on as a co-manager and tasked with upgrading two derelict apartment buildings: a 55-Unit complex in Everett and a 24-unit complex in Lakewood. The results were impeccable; both complexes were upgraded orders of magnitude in aesthetics and community.

Richard was always polished and dapper. He loved sitting out in the sun during warm weather. His daily routine started with lifting weights every morning before work, keeping him very fit and athletic. An avid reader of the Wall Street Journal, he was always abreast of current markets. And when it came to the Real Estate business, he was always available to advise. He would refer to himself as "The Dane," and his sparkling blue eyes, contagious smile, quick-witted sarcasm, and laughter made everyone around him a close friend. Richard had a propensity for good luck. He enjoyed going to the horse races, occasionally playing the slots, and frequently came home with an uncontrollable grin when luck prevailed. Yet, those closest to him will always remark that he had a kind soul and his attention was guided by the urge to help others enjoy better lives. He celebrated all special occasions and family gatherings. The entire family always looked forward to seeing 'Tio Richie' at every occasion. Recognizing his wife San Juanita's passion for the church, in 2014, Richard made the commitment to start his conversion to the Catholic faith. Richard & San Juanita's marriage was once again celebrated and blessed on February 14, 2020 at St. Mary Magdalen Parish.

Richard was blessed to have truly great friends; relationships he established in junior high remained with no lapse in communication for his entire life. A sage to all those fortunate enough to cross his path, he touched many hearts and influenced the minds of several generations. His family and friends will deeply miss his presence. He is survived by his wife, San Juanita; sister, Joanne; brother Stephen; children, Lesley, Karl, Lois, Keith, Andrea, and Duane; numerous grandchildren, nieces, nephews, and cousins, and a great granddaughter.
Preceded in death by twin brother Roger and son Brett.