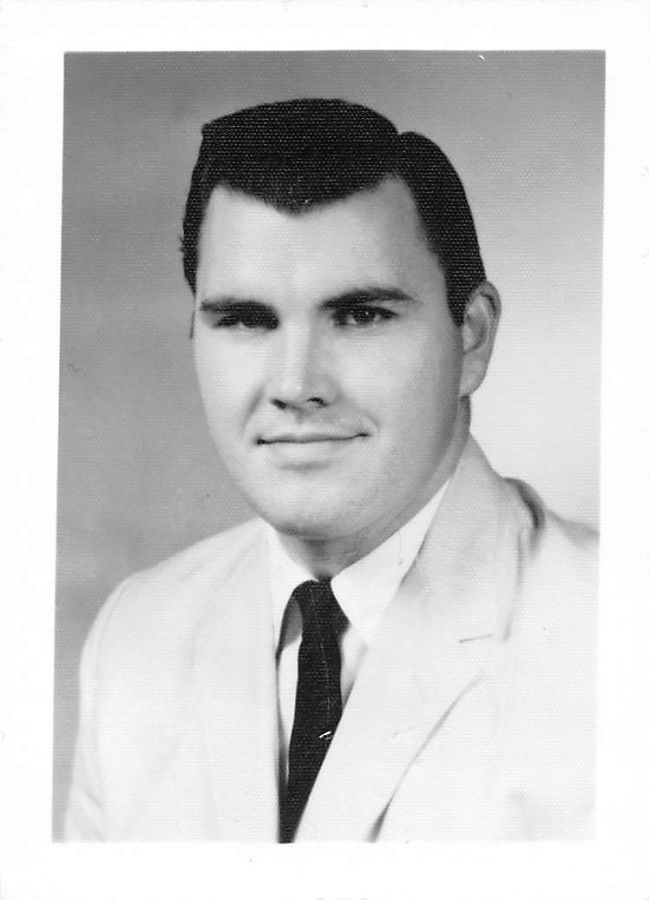 John "Jack" Russell, 84-year-old resident of Sartell, formerly of Little Falls, died on Saturday, January 15, at the Country Manor in Sartell. A Celebration of Life Service will be held on Friday, January 21 at 11:00 A.M. at Emblom Brenny Funeral Service with Rev. Steven Priola officiating. A time to gather will be from 10:00 A.M. until the service on Friday at Emblom Brenny Funeral Service in Little Falls. In lieu of flowers donations can be made to the Special Olympics.

John "Jack" Russell was born on March 11, 1937, in Independence, Iowa, to the late Ralph "Shorty" and Viola (Oakes) Russell. He grew up in Independence and graduated with the Class of 1955. He met the love of his life in the 11th grade, Shirley McCalley. The couple was united in marriage on June 16, 1957, at First Baptist Church in Independence, Iowa. Jack attended State College of Iowa, where he received his Bachelor of Arts Degree in 1961. Jack attended the University of Iowa and received his master's degree on August 9, 1967. After graduation, he taught elementary school in Cedar Rapids, IA, and he later became the principal there for ten years. In 1971 he took a position at Irving Elementary/Orthopedic School in West Allis, WI. He continued his love of learning and helping others and received his Specialist Degree from the University of Iowa on May 20, 1973. The couple moved to Little Falls, MN, in 1973, where Jack was very instrumental in the Special Education Department for the Little Falls Community Schools. He was the Special Education Director until his retirement in 2000. During his time as the Director of Special Education, Jack implemented the local Special Olympics in Little Falls and various other programs. Jack truly had a love of education and children. Jack enjoyed golfing, especially the Pierz course, reading, watching sports, especially the Chicago Cubs baseball team, and he was a huge Iowa Hawkeye Football fan! The family enjoyed several trips to Estes Park, Colorado, Arizona, Louisiana, and Disney World with the grandchildren. He was an active member of First Baptist Church, where he served on the church board and taught Sunday School, Kiwanis International, and the Special Olympics committees.

He was preceded in death by his parents, Shorty and Viola Russell, and a sister, Cathie Duke.


Emblom Brenny Funeral Service is Cherishing the Memory and Celebrating the Life of Jack. 320-632-4393

"John was such an important person in my life and the lives of so many. Thank you John - from the bottom of my heart. Diane Sczublewski"

"My sincere sympathy to the Russell family. Mr. Russell was a kind, caring, dedicated Special Ed. director. He was a wonderful man! I thought the world of him. Rest In Peace, Mr. Russell.??Teri Kroll"

"Our deepest sympathy to the Russell Family. John was always a wonderful advocate for our specials needs kids. May he RIP."