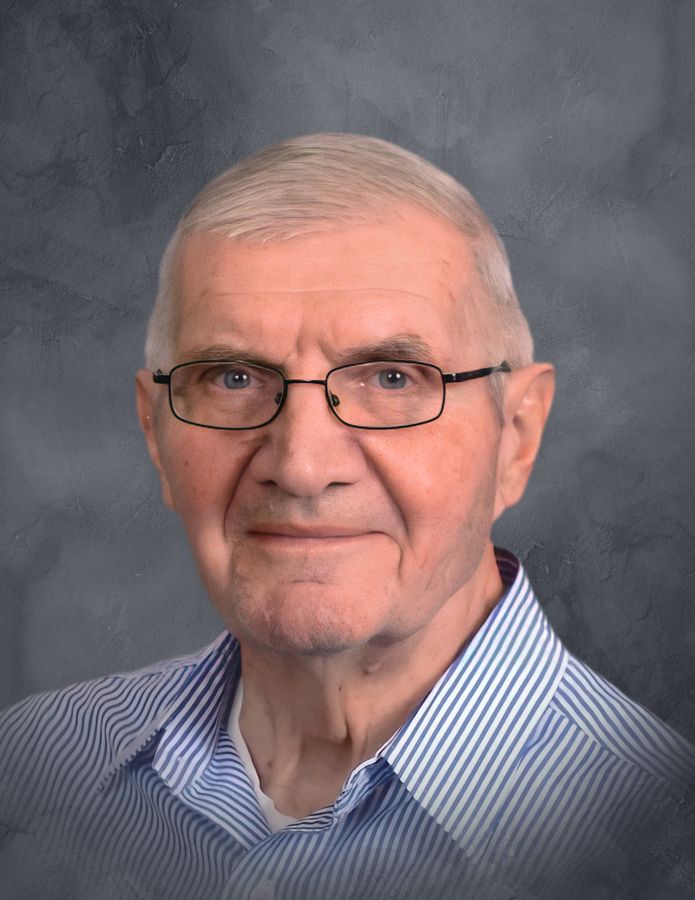 Raymond Henry Fredericks, Jr. was born October 22, 1941 to the late Raymond, Sr. and Dorothy (Reincke) Fredericks in Hanover Township, Crawford County, Iowa. He was baptized on December 7, 1941 at Zion Lutheran Church in Denison. He graduated from Denison High School with the class of 1960. In 1961, Ray was confirmed into the Catholic faith.

On April 8, 1961, Ray was united in marriage to Beverly Boettger at St. Rose of Lima Catholic Church in Denison. To this union, they were blessed with 5 children: Michelle, Crystal, Candice, Raymond Scott, and Melissa. They made their home in Denison, Iowa.

For many years, Ray owned and operated Fredericks Construction in Denison. He also worked as a claims adjuster for Farmers Mutual and then as an independent agent with Fredericks Insurance where he was co-owner, alongside his wife, Beverly. Ray retired on March 1, 2019. After his retirement, he continued to help his son work on their rental properties.

Ray had a strong faith in his Lord and was a longtime member of St. Rose of Lima Catholic Church in Denison. He enjoyed fishing and watching eagles, as well as collecting many eagle statues. He had a knack for woodworking, carpentry and spent many hours tinkering in his garage. Above all, he cherished his family more than anything.

Ray passed away, surrounded by his family, on Thursday, January 13, 2022, at the Crawford County Memorial Hospital in Denison, attaining the age of eighty years, two months, and twenty-two days. He was preceded in death by his parents.

"Many days were spent playing with the neighborhood kids with Ray's house/yard being the place to be. My condolences to his family and friends. I have many fond memories. "

"My sympathy to you and your family,Beverly "

"Bev and family you are in my prayers. A very helpful insurance agent. Ray RIP"

"Our thoughts and prayers are you Bev and your family. We got to know you when we had insurance through you. Ray was so helpful with us as well as you Bev. He was a great guy! "

"Dear Bev and kids, So, so sorry to read this! I forwarded it to Jen, Camille and Elliott. Remember all the years we were neighbors and the kids played together? My best memory is when I was pregnant with Elliott in 1978; we'd made arrangements with Crystal to come over and watch the girls for the initial trip to the hospital. I'll never forget the look on Jen's face when I called Butch to come home: "Mom, is it TIME? Can I go get Crystal now?" Oh, and the shows they used to put on, using your open front porch. We have several photos. Also my kids so envied that little playhouse Ray built for them. He took his life in his hands when he rebuilt all the soffits on our huge Victorian house. Also he did new front steps for as, as well as drywalling a bedroom for Elliott's nursery. We pray God's comfort for all of you during this time. Much love, Renee and Butch Miller"