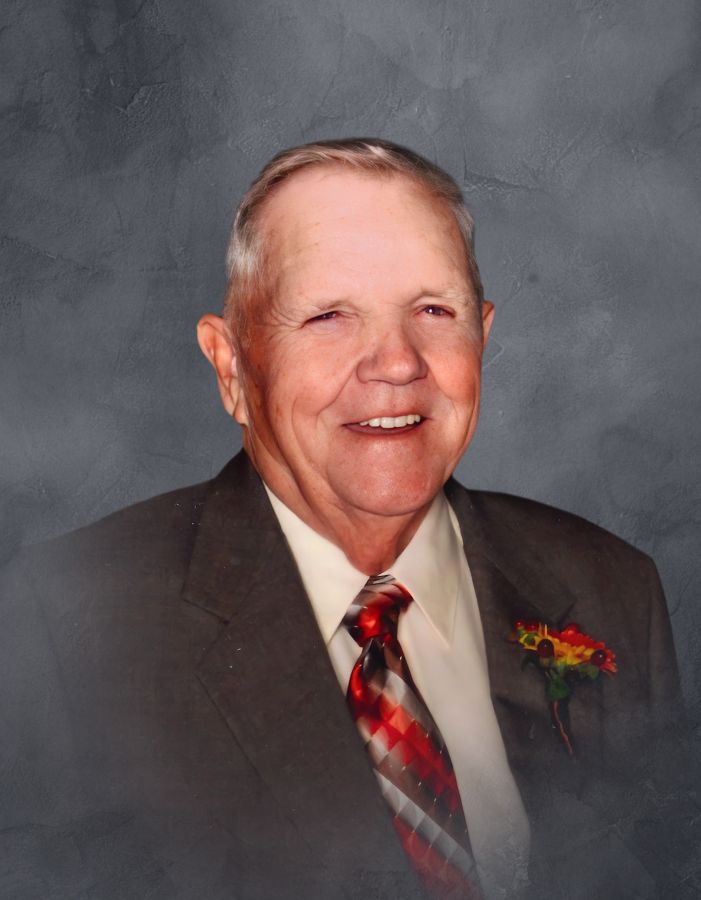 Wesley William Stoelk was born on November 24, 1932 to William and Bertha (Johnson) Stoelk near Carroll, Iowa. He attended and graduated from Westside Community Schools. In his high school years, he started working at the Westside State Savings Bank and drove the school bus until he was drafted into the United States Army. He honorably served during the Korean War from February of 1953 until December of 1954. He was proud of his military service.

Wesley was united in marriage to LaVonne "Bonnie" Christiansen on May 31, 1958 at St. Rose of Lima Catholic Church in Denison by Fr. Casey. The couple settled in Westside and were blessed with the birth of four children. He was a member of St. Ann's Catholic Church in Vail and served as a member on the church finance board for many years. He worked at the Westside State Savings Bank and drove school bus for over 40 years. He was a volunteer firefighter and a life-time member of the Alfred Rossman American Legion Post 196, serving as secretary. He was a humble man and was uncomfortable being in the spotlight, but relished seeing people around him succeed. A favorite pastime was driving around checking crops and livestock, as he cherished life on the farm. Attending auctions and bringing home many treasures was a well-known hobby.

Wes was committed to his family and enjoyed following his grandchildren's activities. He was also dedicated to his community and his dog(s), Partner. He channeled his adventurous spirit and traveled to many different places. Some of his favorites were antique tractor shows, car shows, swap-meets and visiting Army buddies. He spent time tinkering with Model Ts and Massey-Harris tractors and making gifts. Wes is well remembered for his quips and one-liners. Above all, he enjoyed socializing and looked forward to visiting friends at their homes or the care center and spending time with his family.

Wesley passed away on January 13, 2022 at Eventide Lutheran Home in Denison, Iowa at the age of 89 years, one month and 20 days.

We love you dad, but we know it was time for you to "Smoke'r once over the hill".

"Wes was a great neighbor and person! My deepest sympathies. Kim Mason "

"So very sorry for your loss. He was such a good man."

"So very sorry to hear of Wesley?s passing. Prayers to the family. He always had a smile and a wecoming handshake. ??"

"Prayers for all the Stoelk family. Always a smile and hello how you. May he RIP. Cecelia Thelen "

"Wes Steolk was my best friend for seventy or my ninety years. Keeping him and his family in my prayers is a given. The Irish have a reverant saying that's applicable to Wes: we may never see the likes of him again."