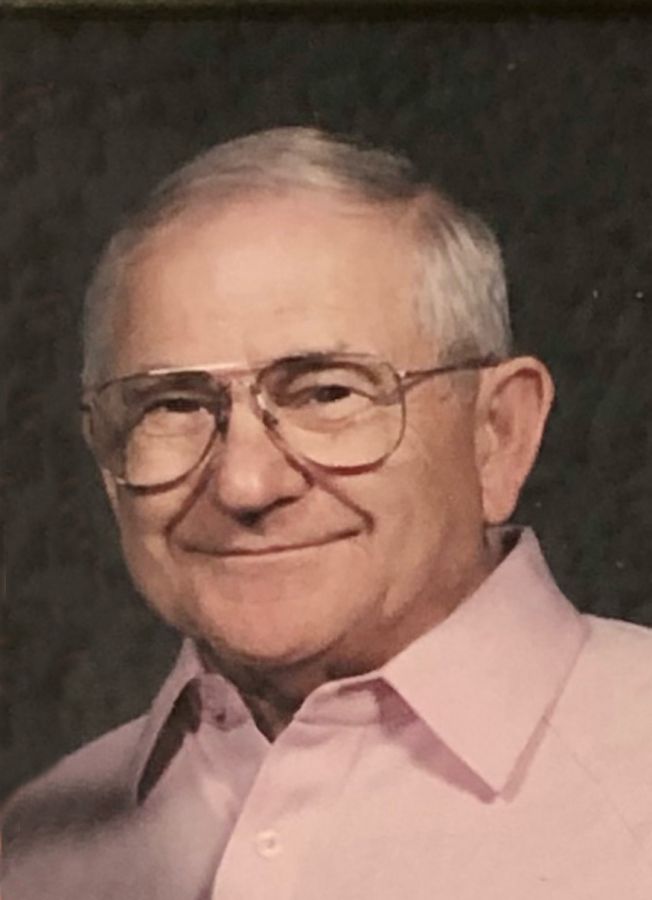 Obit: Bernard Clare Sondag
Bernard "Clare" Sondag passed from this earth on January 13, 2022. Clare was born to Rosa Ann Pauly and Matts Sondag on April 23, 1924 in Harper, Iowa. As a child he attended the St. Mary Catholic school in Keota, Iowa. In 1943 Clare was drafted and trained as a naval medical corpsman in Coeur d'Alene, Idaho where he met his future wife, Mary Alice Pulver. They were married there on January 8, 1944. They were happily married for over 50 years. Their daughter, Joanne Lee, was born there as well in 1945. Clare bravely fought in World War II in the South Pacific and was honorably discharged on December 1945.
Clare and Mary moved to Iowa after the war and lived in Fairfield while apprenticing as a plumber. He moved back to Keota and started his own plumbing and heating business and was quite a successful small businessman. A son, Robert Clare, was born in 1953. The family spent many summers vacationing in Minnesota. He and Mary also enjoyed many trips to naval reunions. They helped many in need in their community by anonymously leaving sacks of food on door steps, forgiving debts, checking up elderly friends and caring for and taking in stray animals. However, anyone who really knew him would say "Don't let him buy you coffee." He will be remembered by his family as stubborn and tenacious, and for his pranks and jokes, and caring for others.
He was preceded in death by his parents, brothers Ralph, Leonard, and Raymond and sisters Catherine and Cecilia. He was also preceded in death by his wife, Mary and his children Joanne"Bitsy" McCaulley and Robert "Bob" Sondag and son-in-laws Mike Durst and Walt McCaulley. Left to remember him are his grandchildren Tracy Bermel (John), Jeff Durst (Christine), Matt Durst (Melissa), Christen McKay (Johnny) and Erin McKenzie (Brett) and daughter-in-law, Valerie Sondag as well as many great grandchildren, nieces and nephews.
The family requests those who wish to express sympathy to consider making a donation to their favorite charity in Clare Sondag's name.

Funeral mass will be held at 10:30 a.m. on Monday, January 17, 2022, at Holy Trinity Parish - St. Mary Catholic Church in Keota, with Rev. David Wilkening officiating. The service will also be livestreamed on the Powell Funeral Home facebook page and website. Burial with military rites will be at Holy Trinity Cemeteries - St. Mary's Cemetery in Keota. Visitation will be from 9:30 a.m. until 10:30 a.m. on Monday at the church.

Powell Funeral Home and Cremation Service in Keota is caring for Clare and his family. Tributes may be made at www.powellfuneralhomes.com.

"Had so much fun debating Clare, nether got mad but He gave the Republican hell and i gave the Democrates hell. and we remanded friends. He was my Brothers best friend. R.i.p. TOM & ,PEG REDLINGER"