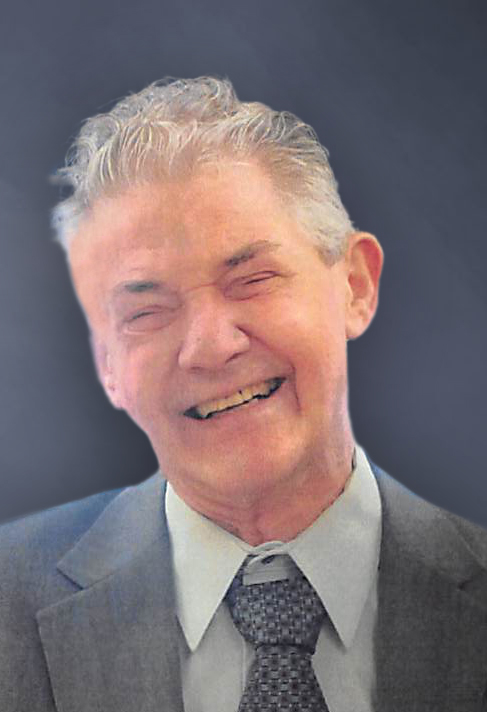 A funeral Mass for Jerry will be celebrated at 10:30 AM on Thursday, January 13, 2022, at Divine Mercy Parish ~ St. Cecelia Catholic Church in Algona. Burial will be in the St. Joseph Catholic Cemetery. Visitation will be held from 5 to 7 PM on Wednesday, January 12, 2022, at Oakcrest Funeral Services in Algona. The family requests no flowers and contributions can be made to the Juvenile Diabetes Association in his name or a scholarship fund set up for future nurses who had a soft spot in his heart.

Jerome Frank Weydert was born on February 6, 1939 to Nicholas J. (Classie) and Agnes (Levek) Weydert in St. Joe, Iowa and lived in the farm house built by Classie. When he was 19 months old, Agnes died as a result of a car accident in October 1940. In August 1943, Nicholas married Carolyn Faber in West Bend, IA. They continued to farm across from the Weydert home place for many years. At 4 years old, Jerry was diagnosed with Type 1 diabetes but continued to help with farming until 1966, when it started to take his eyesight. This was a staggering blow to him, as all he wanted to do was farm with his dad. In 1971, they retired to Algona where Jerry continued to live with them for many years until Nick passed away in 1994 and Carolyn in 2004. Sometime later, Jerry moved to the Algona Manor where he had the best care he could ask for and was a favorite of the nurses. They came to his room on breaks just to talk and catch up.

In 2016, on his birthday, he had a heart attack and was rushed to Mercy Medical Center in Mason City where they did open heart surgery a few days later. Dr. Waters was the best of the best and he pulled him through against all odds. He recovered in what is described as a miracle and continued with good health from then on, but still battled conflicting blood sugar highs. His positive and loving attitude was seen and enjoyed by a constant flow of company thru the years. He loved to visit for hours talking about the "old days" and recalling the fun of his youth, especially pitting for Leo Christiansen's "8 Ball" stock car races on the circuit in and around Algona. In August of 2020, he was inducted into the Algona Fairgrounds Hall of Fame for pitting for Leo. This was a highlight for him as he always had such good memories of those "good ole' days". He faced everything life threw at him with a loving and positive attitude, always helping where he could and an encouraging word for those going through a rough spot in life.

Left to mourn his loss is his brother and sister, Harlan Weydert of RR Bode, IA and Sheryl Soden of Ames, IA, his nephews Christopher (Amber) Weydert of Algona and Corey Weydert of Ankeny, Arnie (Jessica) Soden of MN, nieces Ami (Todd) Boehlje of St. Louis, April (Lee) Richardson of Sachse, TX, and Jenny Weydert Pflumm of Stuttgard, Germany, and 17 great nieces and nephews. Preceding him is his parents Nicholas and Agnes and stepmom Carolyn Weydert and nephew Jamie Weydert.

"I met Jerry while working as a nurse at Algona Manor a couple of years ago. I\'m so sad to hear of his passing! Even though I worked the night shift, Jerry and I would have some of the best conversations! I once took my grandsons to meet him and he loved showing them his John Deere tractors. He was one of the sweetest, sincere, beautiful person that I\'ve ever met. The world was a better place with him in it! Deepest Sympathies, Debbie, RN "

"I was an employee at the bank in West Bend and Jerry was one of my favorite customers. I also had diabetes so we had alot in common. I always enjoyed and admired his positive attitude. His attitude helped me to become a better person. I will miss his visits. Delores Metzger (Gerber)"

"For my Forever Friend Jerry - Whatever Heaven looks like ? I have no doubt that you had a First-Class ticket there! Please give one of your customary GIANT hugs to my dad and my Uncle Merle. I know you?ll all have LOTS to talk about! Jerry - It?s impossible to find words that describe how much I have appreciated your loving friendship or how much I?m going to miss you! You are truly an exceptional person ? a rare treasure! Through all the trials that life has thrown your way over the years ? you always ?kept your chin to the wind? with your positive attitude, infectious smile and kind, loving spirit. Your joy and excitement for life rarely wavered, and the caring thoughts and prayers you had for those around you were constant. Following the devastating loss of your eyesight at 27 ? you were forced to make a conscious decision about what kind of man you were going to be and what kind of life you were going to lead. You CHOSE to be a beacon of light in the lives of every person and animal (especially dogs) who have had the good fortune of crossing your path over the years. I consider myself truly blessed that our paths crossed, and that we became close. I know that I\'m a better person because of that - or at least I try to be. I will always remember to honor your famous ?4 Fs? ? Faith, Family, Friends and Fun. Jerry ? I hope that all the colors in heaven are as bright and vivid as you deserve. I hope there are beautiful farmlands, red tractors, LOTS of dogs and a racetrack! In my dreams beyond the sadness ? my dad is speeding around a track in a fast race car and you?re riding shotgun as his head pit crewman. My top dog ? Hudson - is your team mascot and is joyfully riding with his head out the window. With much love - until we meet again. Kathy (Swanson) Armstrong "

"Our sympathy to the Weydert Family from the Maggie & Florian Faber Family. Jerry was a spectacular man and will be missed by many. Todd Faber & Amy Faber."

"I worked at Hy-Vee Floral for several years and Jerry was one of my favorite customers!! He had a kind word for everyone and he always made me feel special when I talked to him. He was the most kind and giving person I have ever met. He will be greatly missed by many. Keep your chin to the wind. God Bless. -Melissa Schmitt"

"Jerry, who I always knew as Jerome, was a second cousin. I think. (His mother was my grandmother\'s niece.) Anyway, I knew him when I was a child. I would go to stay at Carolyn and Classie\'s. Then I moved away from Algona and we lost contact for 50 years. Then my aunt Delores was in the Manor and we discovered that Jerry was there, too. So every time we were in Algona we went to see him. I think this was only three times, but we spoke on the phone quite a few times, mostly on speakerphone with my Mom and sister. We talked about the old times when my Dad, Virgil Roethler (who worked as a hired hand for Classie) would take him fishing. He was always so upbeat and pleasant. I will miss him on my visits to Algona."

"To Harlan and Sheryl and families. Jerry was such a special person. Loved his opening greeting of ? I haven?t seen you in a long time?. In his mind he probably did see more then our frequent friends and family ever see. When he had his heart attack in 2016, we were in mason city so decided to see if he was up for company. Of course!!! He was waiting for ?Brother? to come and take him home. When Harlan got there Jerry?s comment was ?Brother, we can?t go home yet as Cyril and Darlene have stopped to visit?. And you all know the rest of that story. Jerry may you Rest In Peace ? seeing? all your family and friends. "

"Jerry was such a wonderful example to all of us. Once he met you, blind or not, he never forgot you. He made lemonade out of lemons every day. Love and prayers to his family and many friends."

"Such a great person he was always ready to visit Harlan world bring him out to the shop and dad and Jerry would talk German we had no idea what they were talking about, Harlan and family you have our sympathy and prayers ?Tom Eischen "

"I can?t believe you?re gone Jerry. I know people don?t live forever but I guess we thought you would. You?re such a sweet positive person and I will miss seeing you at work. It was a privilege to know you for all the years you?ve lived at the Manor. You?re definitely one in a million. You will live in my heart forever and countless others who had the pleasure to know you. Thank you for my nickname, Sweet Sara Lee, I?ll miss hearing it. Fly high with the angels as you surely were one here on earth. Love to you and your family?? Love, Sweet Sara Lee"

"My thoughts and prayers go out to Harlan Wydert and family. The loss of such an amazing man that touch so many peoples life and great friend to us all Jerry was a man with the best personality and such a positive person with a passion for family and farming The visit we always had and my dads best friend will always be remembered "