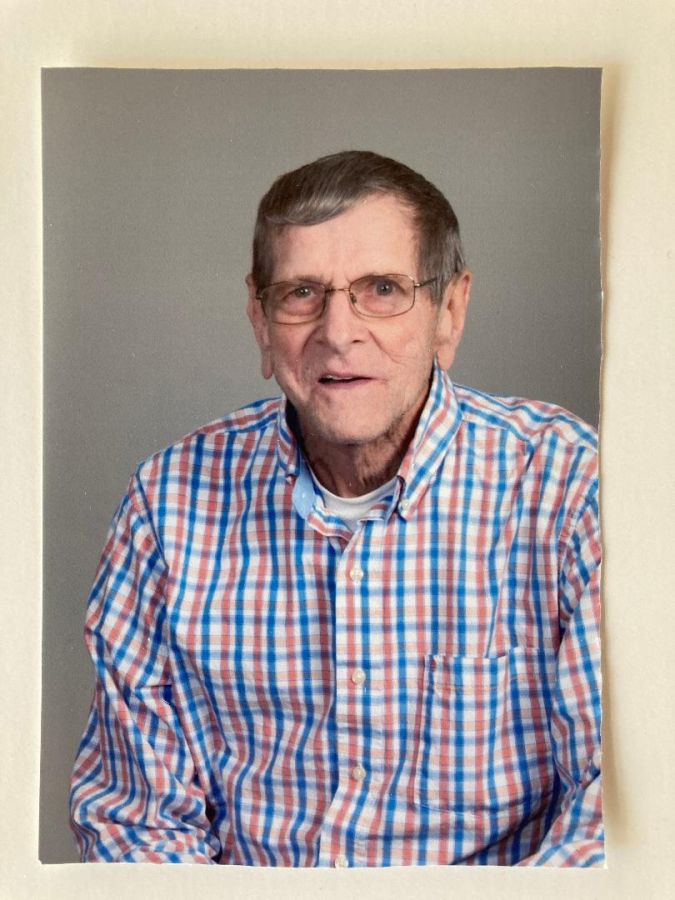 Al Hoevel passed away December 20, 2021, at his home. He was born in Fort Wayne, Indiana, to the late Cletus and Adelaid Hoevel.

Al was a loving husband, father, grandfather, and great-grandfather. He was a 1954 graduate of Central Catholic High School in Fort Wayne. He started working for Goodyear in 1956. He married his loving wife, Jane, in 1960, and transferred to Washington in January 1961 to manage the local store. He purchased that store in 1970 and later started Hoevel & Sons Construction and built numerous homes in the Washington area. Al also owned "The Skating Place" in Washington. He was a member of Our Lady of Hope Catholic Church and the Knights of Columbus. He will be dearly missed by his family and friends.

Al was preceded in death by his parents, a brother, and four sisters.

Visitation will be at the Ed L. Lee Mortuary, North Chapel, 620 East Viola Avenue, Washington, Indiana, on Thursday, December 23, from 8:30 am to 9:45 am with a Memorial Mass at 10:00 am at Our Lady Hope Catholic Church, 315 NE 3rd Street, Washington, Indiana. Father Paul Ferguson will be the celebrant. Burial will be at a later date in the Saint John Cemetery.

Memorial contributions can be made to Our Lady of Hope for the Washington Catholic High School.

Condolences can be made online to the family at www.edleemmortuary.com.

The staff of the Ed Lee Mortuary is honored to have been entrusted with Al Hoevel's arrangements.

"Jane, Mark, Mike, Matt, and Marty, Our deepest condolences go out to all of you for the loss of Al. Please know that our thoughts and prayers are with you as your grieve. - C.J. and Family"