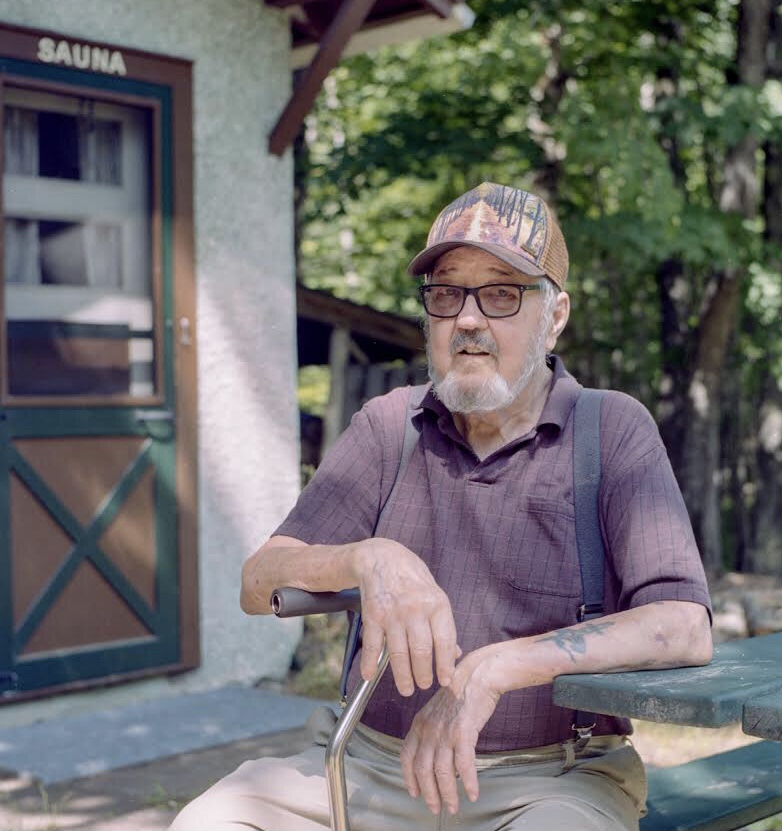 William Jay "John" Letts, age 86, of Marquette, Michigan, died on Monday, November 29, 2021, at Brookridge Heights Assisted Living of natural causes. He was born on March 7, 1935 in Marquette, a son of the late Jim Letts and Betty (Arnett) Lambert. He was raised by his adoptive father, William (Bill) Lambert.

John lived a long and happy life. He grew up in UP logging camps and attended schools in Big Bay and Deerton. He worked on the west coast as a logger before moving back to Marquette. On May 19, 1956, he married Barbara Bolduc. With his wife he raised five children, giving them a good life, teaching the value of hard work, caring, adventure, and generous love.

John became a carpenter and founded Letts Drywall, Inc., becoming the largest drywall contractor in the Upper Peninsula. His legacy is seen in countless public buildings across the UP. He affiliated with the Carpenter's Union for the benefits it offered his employees. He designed and built homes for his family, where he lived until a few days before his death.

An avid outdoorsman, he enjoyed snowmobiling, hunting, and fishing. He built furniture, and restored antique trucks. The bread he made won top awards at annual Marquette Harvest Festivals. A prolific storyteller, he told first-person tales of local history. He was generous to his family and employees, always willing to help in any way he could.

A celebration of John's life will take place on Thursday, May 19th from 12 noon to 2 p.m. at Canale-Tonella Funeral Home and Cremation Services. Please join the Letts family for the sharing of food and memories of John.

Canale-Tonella Funeral Home and Cremation Services is assisting the Letts family where memories of John can be posted at canalefuneral.com.

"Great memories of time spent at camp with Uncle John. Shot my first buck out of his blind. My heart goes out to the Letts cousins & their children. Learned a lot from your Dad."

"Our sympathies to John's family. We knew John and Barb for many years and had a camp neat theirs up by the Harlow. We used to have such good all camp parties and fun together. He was a great guy and will be deeply missed. RIP John. "

"Hugs and Love Abby. To your dad and the rest of the family. Paula"