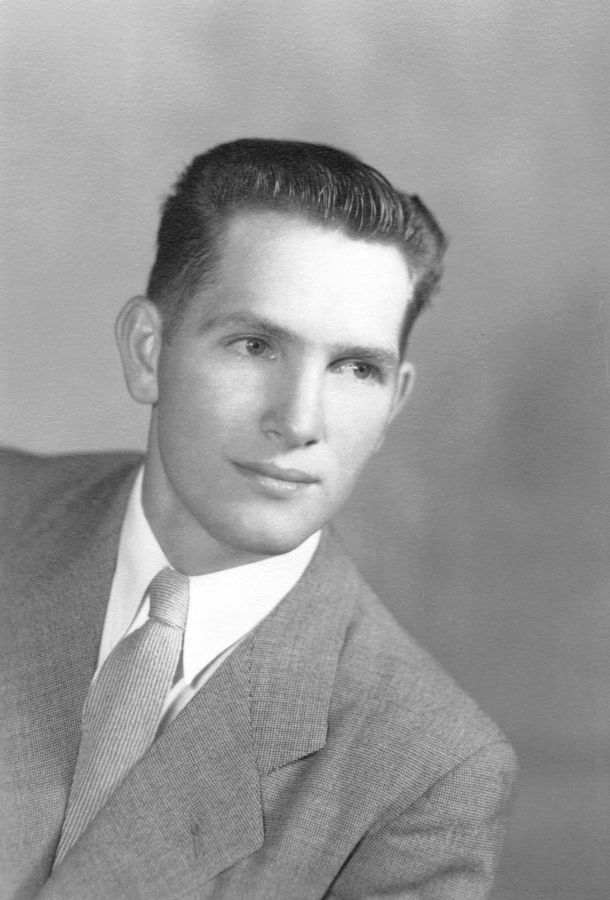 Billy Dudding, 90, of Bancroft, died December 2, 2021, at West Bend Health & Rehab in West Bend, Iowa. A memorial Mass will be held 10 am, Saturday, June 18, 2022, at Divine Mercy Parish - St. John the Baptist Catholic Church in Bancroft, Iowa. Visitation will be 9 AM until the time of the service at the church. Inurnment will follow at St. John the Baptist Catholic Cemetery in Bancroft. Memorial contributions may be directed to the Kossuth County Food Pantry.

William J. "Billy D." was a loving husband, companion, father, grandfather, brother, and friend. He was born March 23, 1931, in Sweet Hollow near Bancroft, Iowa. He was the son of McClellan and Oda (Menke) Dudding.

Billy graduated from St. John High School in Bancroft in 1950, then attended one year of college at Upper Iowa College in Fayette, Iowa. He fondly remembers in 1945 he played on the Bancroft American Legion State Baseball Championship team.

Billy drove livestock, grain trailers and straight trucks for his family's trucking business, originally known as MF Dudding, and later, Dudding Bros. Trucking. He was proud of the fact that he trucked cattle to most every state west of the Mississippi. He also proudly served his country in the Army from 1953 to 1955, during the Korean War.

Billy married Lois Franke on August 27, 1957. They later divorced. In 2002, longtime friend and sister-in-law, Sherry Dudding, moved back to Bancroft and they enjoyed 15 years of companionship together. Sherry passed away in 2017.

As Billy would tell you, he was an avid baseball and music fan, and not necessarily in that order. He was known for sharing statistics and striking up many conversations regarding baseball history. In his early years, he played on a semi-pro baseball team with ex-professional baseball players. After high school Billy played for the Bancroft Lions, and in 1951 they were the Iowa State League Champions. In 1957 he played with the Fairmont Martins who ended their season as the Minnesota State Baseball Champions.

Billy was a member of the Bancroft American Legion No. 377, Catholic Order of the Foresters, and a lifelong member of St. John the Baptist Catholic Church.

" A man who always wanted the best for the small town of Bancroft! Rest in peace, Billy. "

"Pat, so sorry for the loss of your brother. I always enjoyed reading his column in the Bancroft Register. "

"Pat so sorry for your loss! Bancroft was blessed to have him. May Bill Rest In Peace!"

"Sorry to hear about Bill may he rest in peace. Prayers for his family"