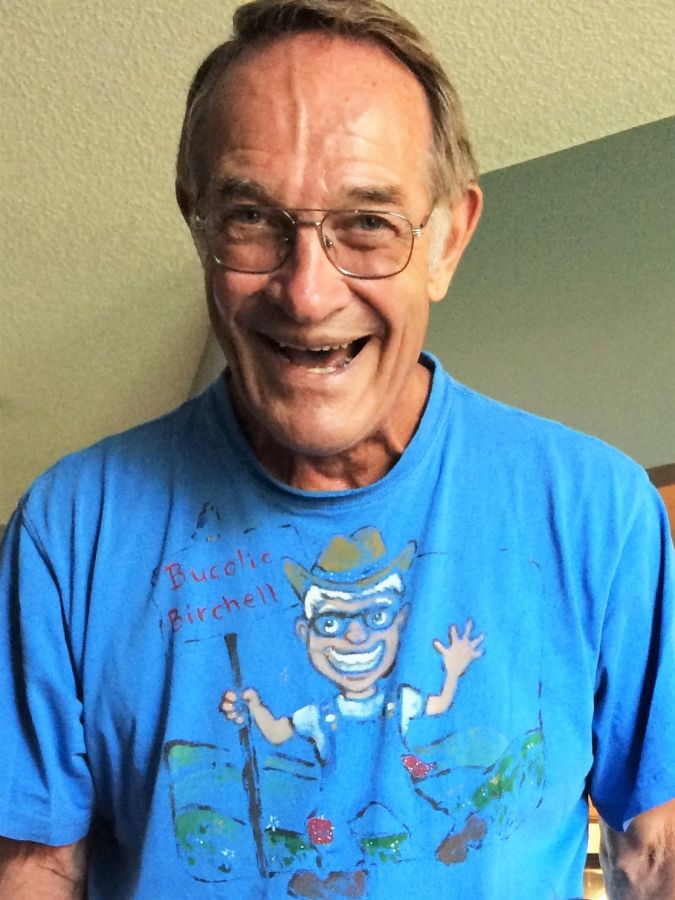 "Awake at dawn with a winged heart, and give thanks for another day of loving."

With great sadness, his family shares that David Michael Birchell, age 73, of Rushford, left this world on November 28th, 2021, to meet his Lord and Savior, Jesus Christ.

David was born in 1948 in Pedee, Oregon. His parents were Richard and Mildred Birchell. The family lived in several states, from Oregon to New Mexico, before settling in the native Alaskan village of Venetie where David's dad accepted a position teaching in the village school. Living in Venetie, immersed in the Athabaskan native culture shaped David's character with strength and diversity, and instilled a sense of adventure within him for the rest of his life.

David joined the United States Army as a young man, was deployed on active duty as a radio technician, and was stationed in Korea for a time before being honorably discharged. Though his time in the military was brief, it was an impactful experience that inspired him to be a life-long patriot and advocate for his fellow veterans.

David was working as a maintenance man at the Chena Hot Springs Resort near Fairbanks, Alaska in 1978 when he met Darcy Klugman, who would be the mother of his three children. The couple married in 1981 and moved to Two Rivers, where David purchased ten acres of land with aspirations of building his own home.

Risha, the first-born daughter, came home to the first 16X20 little cabin in the woods, with no running water, no electricity, and plastic windows. Daughter MaKenzie followed, while David expanded to another 16X20 cabin, this time adding a loft and electricity, with real glass windows, but no indoor bathroom. When a third child was on the way, David took the giant step of a real expansion. He planned and built a beautiful 30X40 log home. David stacked every log, working tirelessly to meet deadlines before the dark Alaskan winter arrived. By the time his son Gavin was born, the home was complete, with conveniences like a large wood stove, and a flushable toilet to make life sweet. David loved living off the land, homeschooling his kids, and he found much gratitude in growing a huge vegetable garden, raising chickens and turkeys, and hunting moose, caribou, grizzly bear, and other Alaskan game.

David and family moved to Minnesota in 1995. He and Darcy later divorced, but remained good friends and dedicated themselves to amicable co-parenting.

Throughout his life, David held a variety of professions, including, but not limited to, working on the Alaskan pipeline, the Institute of Arctic Biology at the University of Alaska, and herding reindeer across the Seward Peninsula. He was also a mechanic, construction worker, goldminer, general contractor, and pub proprietor, eventually finding his longest-term niche in energy conservation consulting. It was through one such consulting job where a mutual friend introduced David to Linda Treleven, where he found love again. They married in 2004, building a life in Eden Prairie, and shared a fondness for classic cars, Friday night movies, and art festivals in the Twin Cities. He was a faithful husband and family man, and was a dedicated caregiver for his father-in-law, Donald Hohnberger, until Don's death in 2013. In 2014, after David and Linda both retired, they moved to Rushford to spend their golden years.

David's hobbies included studying God's word, metal detecting, home improvement and other "tinkering," researching any topic he became curious about, and noticing the beauty in all of his surroundings at any given time. Together, David and Linda enjoyed gardening, camping, hiking with their dog Harpo, tricycling, traveling in their RV, and watching the sun rise, but mostly (and this is the most important of all), just loving on one another and being together.

David was a great husband, father, provider, friend, and most notably, a strong spiritual leader. Anyone who knew him would hear him proclaim that becoming a father forever changed his life, and that's what ultimately drove him to walk in faith and follow Jesus Christ. He'll be remembered as a strong, kind soul who would go out of his way to help anyone in need.

David was preceded in death by his mother, Mildred; father, Richard; brothers, Jeff and William; and sister, Susan. He is survived by his loving wife, Linda; his children, Risha (Damien), MaKenzie (Matt), and Gavin (Stacy); grandchildren, Taliah, Dean, Taitum, Jovana, Keagan, Cameron, and Gabriel; sisters, Sharon and Debbie; brother, Bruce; the mother of his children, Darcy; and biological father and friend, Delmond.

Funeral services for David will be held at Root River Community Church on Tuesday, December 7th, at 10:00 am CST.

"My deepest condolences to each of you on Davids passing. I have never met a more hardworking man than David. He wanted to provide for his family as they meant so much to him. He truly loved each one of you so deeply. I can only imagine what David will be building in heaven. God has a plan for all of us. It will be a joyous to be reunited once again some day. Find comfort in the wonderful memories of David. He was a good man and always in our hearts. Kim Vagt"

"Rest In Peace, David. I enjoyed the writing class I took from you at the Rushford Library. You led a most interesting life. Thank you for sharing and teaching! "

"Our deepest sympathy to David?s entire family! We have many fond memories of David and his family living in Wheaton. We hope you find comfort in this verse - And God shall wipe away all tears from your eyes; and there shall be no more death, neither sorrow, nor crying, neither shall there be any more pain: for the former things are passed away. Revelations 21:4 Thinking of you. Praying for you. Wishing you peace. Paul & Sandy Mitteness"