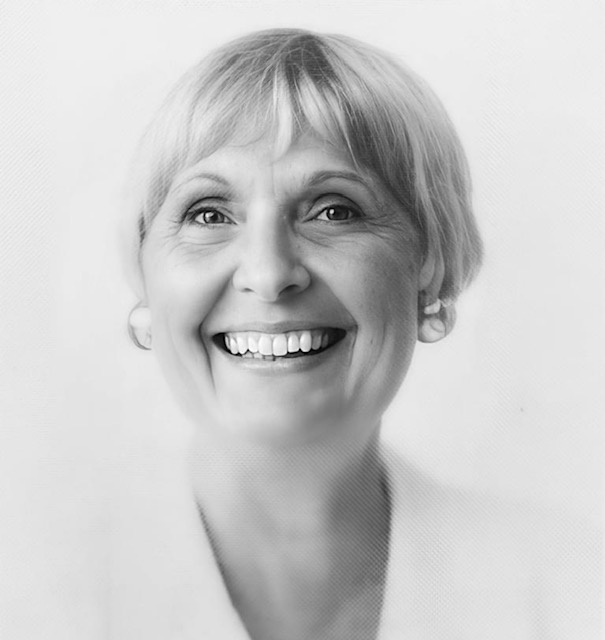 Barbara grew up in Ursa, Illinois on the family farm and very proud to be a farm girl from "Ursie", She was a graduate of Mendon High School and after high school attended Culver Stockton College, where she majored in Speech and Drama and minored in English and Education. She graduated Cum Laude in 1958 with a Bachelor's in Arts. While at Culver Stockton, Barbara was a member of the Chi Omega sorority, where she was also pledge trainer and president. Barbara was also a cheerleader, a member of the choir, a member of the Panhellenic Council, and the host of the Culver Stockton Callboard television show. One of her most famous interviews while at Culver was interviewing then President of the Screen Actors Guild, and future President of the United States, Ronald Reagan. Barbara was featured in the "Who's Who of American Universities and Colleges", and she received the Wood Citizenship Award for Women. Through recommendations of Dr. Al Kaufman, professor of Drama, Barbara attended the Plymouth Drama Festival at the Priscilla Beach Theater in Plymouth, MA, where she received training during the summer of 1957. Barbara was selected to the theater company of the Ramsdell Opera House Summer Theater in Manistee, MI in 1958. Barbara was inducted into the Culver Stockton College of Fines Arts Hall of Fame in 2013.

In 1958 through 1960, Barbara was a member of the Professional Acting Company at the Erie Playhouse in Erie, PA, where she served in the roles of actress, costumer, and student theater instructor and also at that time met husband Terry. Barbara returned to Quincy in 1964, where she taught Speech and Drama at Quincy High School and at Central High School in Camp Point.

From 1965 to 1975 she assisted her husband, Terry, who produced and directed outdoor historical spectaculars for cities across the country for the John B. Rogers Producing Company located in Fostoria, OH. In 1978 Barbara became the first director of entertainment and emcee for the Golden Eagle Riverboat Dinner Theater in Canton, MO. She held that position until 1983. During this time, Barbara also served as an instructor for Speech and Theater at Culver Stockton College. She also acted as Forensics coach, Pi Kappa Delta sponsor, and cheerleader sponsor. Barbara also directed the first musical production for Culver Stockton College, "Annie Get Your Gun".

Barbara had been involved in "Quincy Live Theater" since 1967 at the Quincy Community Little Theatre at 13th and Payson in many roles such as actress, director, and board member. In 1969, Barbara directed her first two musical productions, "The Boyfriend" and "Damn Yankees". Barbara became the Managing and Artistic Director in 1983 and when she retired in 2006 her tenure accounted for by estimation over 136 productions. The most visible of Barb's legacy is the building that the current Quincy Community Theater occupies. Barbara's singular vision and determination allowed the theater to become a permanent resident of the Oakley Lindsay Civic Center in 1995. Barbara's entire life was driven by a deep and abiding love for the theater, for her community, and for Quincy. Her efforts to advance QCT were not for personal gain, but to share love with as many people as she possibly could.

Barbara was a true friend, role model, a mentor and second mom to so many here in Quincy and around the country.

Barbara was a 25-year member of the American Association of Community Theaters, of which she was a board member for six years. She won the YWCA Woman of Achievement Award in 1994 and received the City of Quincy Arts Award. She was also a member of the Associate of University Women. Barb loved to play bridge with "The Girls".

In addition to her husband, Barbara was preceded in death by her parents Aldo and Marian Grimmer and Great Aunt and Uncle, Betty and Warren Gorton of Albuquerque, New Mexico.

A celebration of her life will be held at Quincy Community Theater at a later date.

"Barbara was a great friend and Mother to us all, from worrying about every nuance of a production, to worrying about you and your life. I was one of the actresses who made the trek from Quincy to the Golden Eagle Riverboat Dinner Theatre with Barb. We would all pile into her car (Stephanie, Michelle Crider, Jane Tomko, Gayla Goehl, Laura Nelson) and take off across the river, sometimes on a ferry when the bridge was under construction! How we didn't get lost on those back roads, through the corn fields, late at night I'll never know! Creative, tenacious, determined, talented, loving and P.T. Barnum all rolled into one! That was Barb. My deep, deep sympathies go out to you Stephanie and Brian and your families. I look forward to celebrating Barb's life with you in the new year. Cindy Jacobson Grant"

"Dear Stephanie and Brian, My condolences to you and your families. Your mom has touched so many lives! Seeing condolences from many who performed at QCLT and or The Golden Eagle reminds me that although it has been 35 years since I lived in Quincy, some people leave an indelible mark on your heart! May you be comforted by the following verse: Psalm 34:18. The LORD is close to the brokenhearted and saves those who are crushed in spirit. Thank you for letting us join you for your mom?s celebration of life! I still have the Harrod?s tea tin she gave me for cat watching when you went to London! Such fond memories are never lost! ????. Trudy Irwin Wille "

"My deepest condolences to Barb?s family. She was such a treasure to all those hearts she touched over the years! I have fond memories of working with her at QCLT - she had a true talent and shared it with so many. She will be missed!! Leslie Ayers Fitzgerald "

"To my dear friend, the best director I ever had, I love you and pray that you are happy where you are with the Lord. Sending prayers of comfort to the family, especially to Stephanie, Brian, and Olivia. Love, Barbara Drews (Haupt). "

"Barbara Rowell put the icing on my cake, smoothed rough edges and put on the polish of a vocalist turned actor. Her keen eye for detail continued on in my life as I started children's drama camps in Platte County and worked in many areas of acting. Later in life after teaching, I continued to use her coaching in my tenure as Master Craftsman of Culinary at Silver Dollar City. We never lost touch through the years. She kept up with my family. Barbara and her family believed in giving of themselves. There will never be another 'Barb' in my life. My love goes out to Brian and Stefanie I wish I could be there with you this week to hug you and tell you in person how much your mother meant to me. As plans are made for the event at the theatre I hope to be able to attend. In my prayers. Debbie Dance Uhrig, thecovereddish@earthlink.net"

"Barb was a dear friend, mentor and my introduction to theater. I have many fond memories of shows with her at QCLT and QCT. She directed a production of Quilters, which I had the honor to be part of. During the show, we sang Never Grow Old accapella each night. Barb told us it was one of her most favorite songs from a show. How I wish we were all there to sing it for her! Thank you, Barb, for everything! Will miss you! ?"

"Barb was our cousin and we loved her dearly. Charlotte and Charlie Baecker. Our son ( David) played Rolf in The Sound of Music . He was 16 . She was so special to all of us?"

"Summing up Barb in one word, "SPECIAL" The Wenturas"

"So sorry for your loss, Barb and Terry were great neighbors when we lived on Vermont street Dan and Sheila Williamson!!"

"Barbara Rowell, got me started in Theatre. My first production with her was as a Townsperson in To Kill a Mockingbird. She brought the best out of everyone. It is fitting that I am lighting this years production of Beauty and the Beast, her final show she directed before her retirement. Thank you for a the magic you produced. QCTs Angel. Sit proudly in your Director's chair "

"I first met Barbara when she was at the dinner boat in Canton, Mo. wow! Then I followed her the the little theater and my son who was about 3 or 4 ,Barbara would always make sure he had serval large books to sit on to see the shows. ? thank you"

"It would be impossible for anyone to adequately express the tremendous impact that Barb Rowell had on this community and the entire area. All who knew or worked with her would agree she was a force of nature, moving and shaking ordinary mortals to perform and come to life on a small midwestern stage! To say she made the impossible happen at the ??Little Theatre? is, of course, an understatement! The resilience and tenacity she displayed while making the Oakley Lindsay Center and current home of the Quincy Community Theatre come to fruition was truly remarkable! If she were a man she would at least have a statue built in her honor by now! I?m sure many many individuals in the Theatre and music communities will share fabulous memories of the impact with which she touched their lives. My favorite memory will always be of Barb, not as the director, but as the MOM, watching with nervous pride as her daughter Stephanie performed the role of Annie Oakley in our QHS production. May our memories be a blessing to everyone who knew Barb Rowell and her legacy live in our hearts forever! ???????"

"So sorry for the loss of this wonderful women. Barb was a special light in our lives, especially during our rich and full years shared at the community theatre, so many fond memories and fulfilling experiences. Barb was a wonderful Mom, actress, and friend. Her sense of humor uplifted everyone, it was a special gift. God bless Barb, and may she Rest In Peace. Love and condolences to the family. "