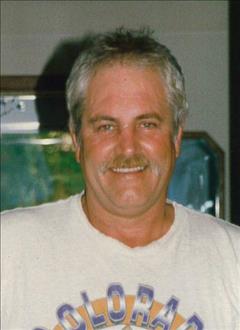 Thomas E. Hoerchler, 74 of Dayton, Nevada and formerly of Fort Dodge, Iowa died Thursday, October 7, 2021.
Funeral services will be 1:30 p.m. Saturday, November 20, 2021 at Laufersweiler Funeral Home. Inurnment will follow at Corpus Christi Cemetery. A visitation will begin at noon until the time of the service at the funeral home.
Thomas is survived by his wife Debra, children Shannyn Bechtel, Sunnja Hoerchler, Brandon Hoerchler, and several grandchildren. He is also survived by his brother Paul (April) Hoerchler of Otho, IA, sister Colleen (Bob) Sanders of Fort Dodge, IA, father-in-law Jim Price, brother-in-law Glenn Price both of St. Paul, MN, and numerous nieces and nephews.
He was preceded in death by his parents Edward and Eileen (McHugh) Hoerchler.
Thomas Edwin Hoerchler was born September 12, 1947 in Fort Dodge. He first attended Holy Rosary School and then graduated from Saint Edmond High School. While in high school, he was very active in sports, especially football and baseball. Thomas then attended Iowa Central Community College and graduated from Mankato State University. Tom made Minnesota his home. Throughout his life, Tom worked for cities and counties across the country. Most notable was his careers spent in Oakdale, CA, and Corpus Christi, TX. On October 8, 1994 Tom was united in marriage to Deb and the couple settled in Dayton, NV. Tom was kind and gave of himself readily. He was a very charismatic man that never met a stranger and will be deeply missed.
Memorials may be left to the family's discretion.