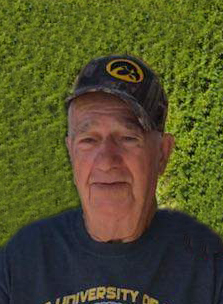 Visitation will be held from noon until 7:00 p.m. on Friday, November 19, 2021, at Powell Funeral Home in Keota, where the family will be present from 5:00 p.m. until 7:00 p.m. There will be no service. Burial will be at Keota Cemetery at a later date. Mask usage and social distancing are suggested for visitation.

A general memorial fund has been established. Powell Funeral Home and Cremation Service in Keota is caring for Robert and his family. Tributes may be made at www.powellfuneralhomes.com.

"Our friendship has been for along time, we have had some good times and a lot of laughs, this covid put a big damper on that, but we loved and will miss you terribly, our hearts go out to Bob's family. He was one in a million and liked by everyone. With all our love . Tom & Peg Redlinger"

"Would like to extend our deepest sympathy to all of Bob's family. Ron & Robin Shull"