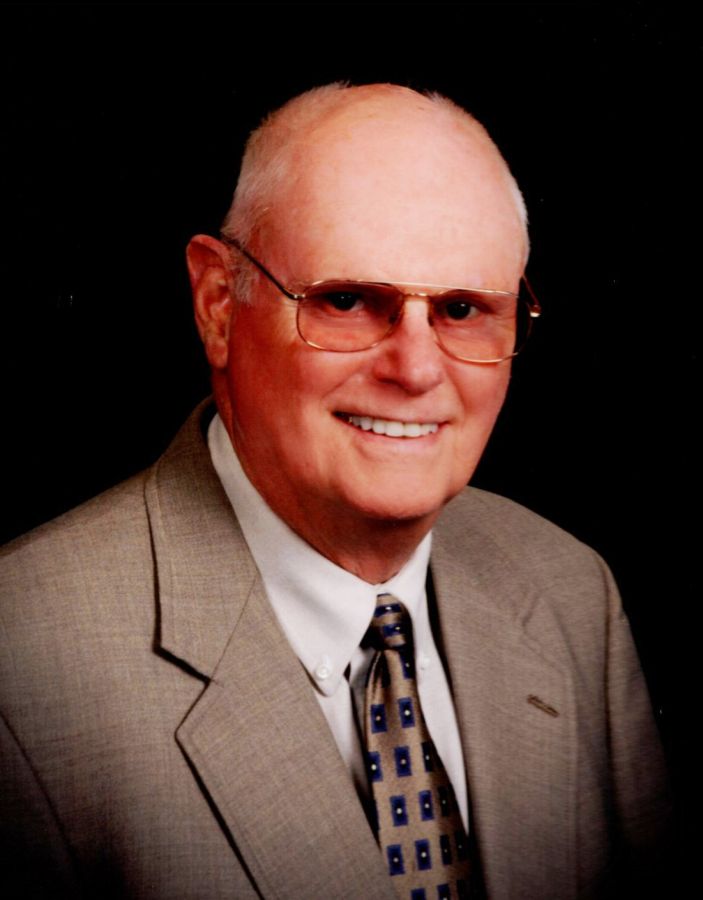 George was born November 8, 1933 in Detroit, MI, the son of George Ellis DeVaull, Sr. and Sara Rebecca Quincy. He married Angeline Vannello on December 29, 1956 in Cleveland, OH. She survives.

George was a 1951 graduate of Mentor High School, Ohio and a 1955 graduate of Case Western Reserve with a degree in Economics. He served as a Captain in the United States Air Force and was also a pilot instructor. Following his transfer to Quincy in 1971 with Central Soya, George owned and operated D.H. Rouse Company. George was a member of the Church of St. Peter where he belonged to the Men's Club, was a lifetime member of the Quincy Rotary Club, was a past member of Spring Lake Country Club where he was an avid golfer, and belonged to the Illinois Lincolnland WBCCI Airstream Club. He and Ange traveled to all 49 continental United States in their Airstream. In addition to being an avid hunter, he especially enjoyed holidays and frequent visits and vacations with his immediate family.

George was preceded in death by his parents.

"George was a really nice guy and he leaves a great legacy in his 3 children, who are all wonderful people! May he rest in peace. "