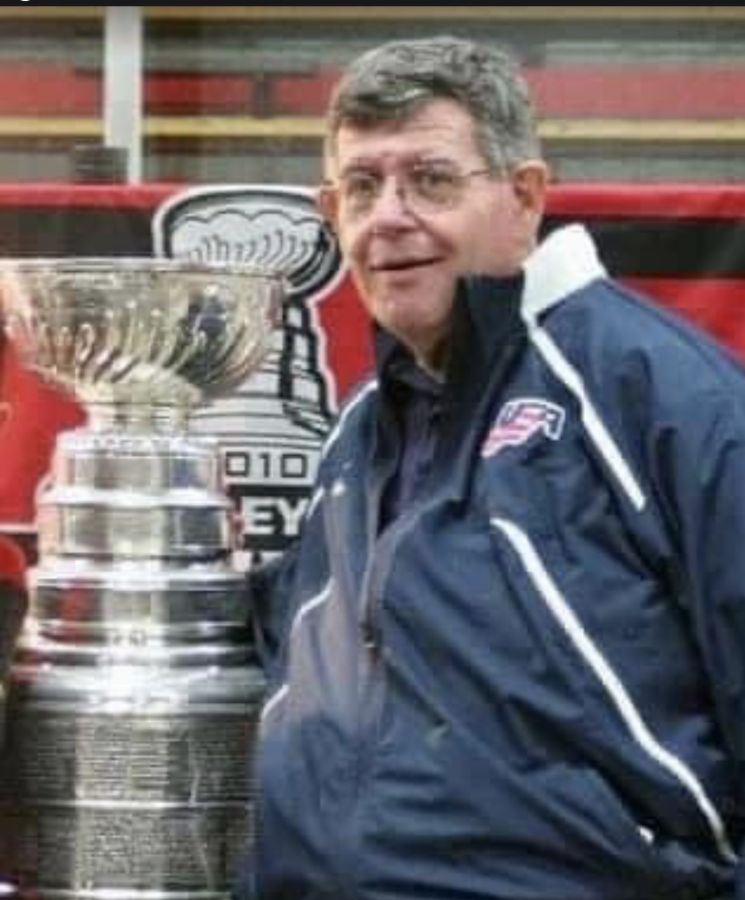 Tim was born on August 13, 1947 in Detroit, one of four children born to Edward and Thelma (Forberg) McIntosh. After proudly serving his country with the U.S. Army, Mac eventually found himself in the Upper Peninsula of Michigan, which in a short period of time became his forever home, where he made untold numbers of friends who many became family to him both on and off the hockey rink. He held a Bachelor's Degree in Geography from Northern Michigan University.

Mac became involved in Marquette Junior Hockey in 1972 where he would become the scorekeeper and public address announcer for almost every travel team game played at the former Palestra. He volunteered his services for all Upper Peninsula and State Tournament games in that same position.

Mac was an inaugural board member of the Marquette Americans Junior B team from 1976-84. He also sat on the original board of the Marquette Electricians and personally watched them play in Finland, Drummondville and Calgary, Canada. He was in attendance when the Electricians won the United States Hockey National Championship in New Jersey and also when the NMU Wildcats won the NCAA National Championship in St. Paul, MN in 1991. He was also a Registrar for USA Hockey for approximately 30 years.

Mac was instrumental in Marquette receiving the bid for the 1996 USA Hockey National Tournament, which Marquette eventually won. He helped many Upper Peninsula hockey referees get into Regional and National Clinics.

Mac was the original public address announcer at the very first NMU Hockey game in 1976 and then never missed a home game after that for over 30 years. He was the voice of NMU Hockey announcing every goal that was ever scored on home ice during his tenure with the Wildcats.

In his free time, it was not uncommon to see Mac enjoying a beer at several local establishments, especially Blackrocks as well as attending Harbor Fest, Blues Fest, Beer Fest and other festivals, enjoying the many friendships he established over the decades he was proud to be a resident of Marquette and the U.P.

A celebration of Mac's life will take place on Thursday, November 11 from 4 to 7 p.m. at Canale-Tonella Funeral Home and Cremation Services where there will be a time for sharing of memories, food and a few beers to be hoisted in memory of Mac.

At the conclusion of that ceremony, the remembering will continue at Blackrocks on North Third Street in Marquette.

The McIntosh family has entrusted Canale-Tonella Funeral Home and Cremation Services where memories of Mac may be shared at canalefuneral.com.

"Mac - We are all better people to have known you! Cheers. "

"You were only a stranger once with Mac. He made people feel welcome and included, and we are better for having known him. Deepest condolences to his family and his many, many friends. "