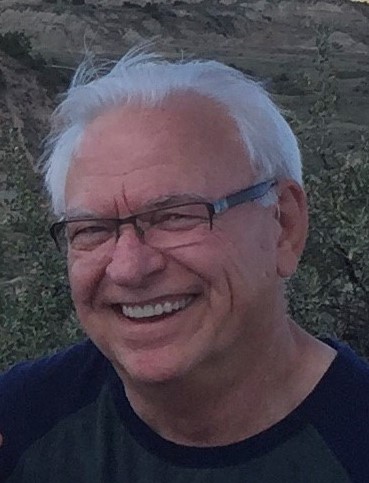 Mark Rian, a resident of Royalton, MN died Saturday, October 16 at his home with his loving family by his side. A funeral service will be held on Saturday, October 23 at 11:00 A.M. at Emblom Brenny Funeral Service in Little Falls with Rev. Gregg Valentine officiating. A visitation will be held from 9:00 A.M. until the hour of the service at the funeral home. Emblom Brenny Funeral Service is Cherishing the Memory and Celebrating the Life of Mark.

Mark John Rian was born October 2, 1951 in Brainerd, MN to the late Joseph and Claire (Vogel) Rian. He grew up and attended school in Brainerd, MN. Mark attended the St. Cloud School of Nursing, where he received his Registered Nursing Degree. He was a passionate caregiver for over thirty years in the nursing field. He worked for CentraCare Health System in the following areas: Telemetry, Dialysis and finishing his career as a Chemo/Infusion nurse at the Coborn Cancer Center. He was united in marriage to Brenda Poissant on April 28, 1984 in Waite Park, MN. The couple eventually made their home in Royalton and were blessed with two boys, Zachary and Alexander Rian. Mark enjoyed bow hunting for deer, bird watching, World War II History, horses, golfing, traveling out west, cooking, (Mark perfected his Rosemary Chicken recipe), and flying his drone in the neighborhood. He absolutely adored his two adopted rescue 'handicats' Como and Crosby and spent many hours spoiling them.

He was preceded in death by his parents, Joseph and Claire Rian; mother and father-in-law, Irving and Irene Poissant.

The family requests those who wish to express sympathy to please consider making a donation in Mark's name to an animal rescue, specifically The Babinski Foundation (www.babinskifoundation.org) or performing a 'random act of kindness' by helping someone out with their vet bill.

"Brenda & Family: Our thoughts and prayers are with you at this time of loss. Mark sounds like an incredible man that loved his family well and was well loved. May you find strength in the many years of memories you had the privilege of sharing together. Love in Christ, Valerie (Poissant) & Mark Siegrist, Northglenn, CO"