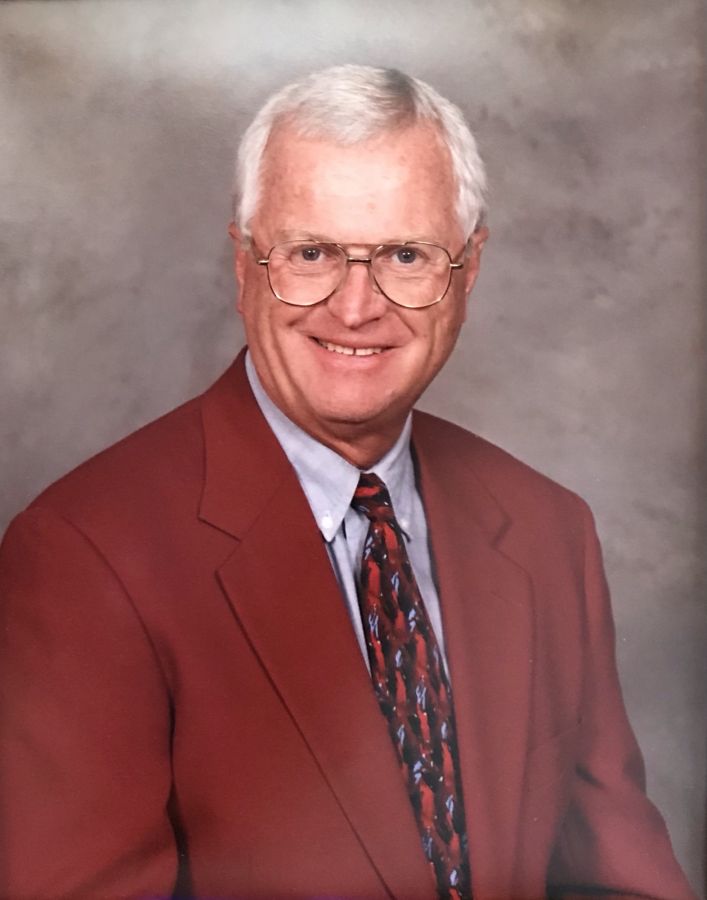 "Larger than life" is a cliche often thrown around, but it's really the only way to describe Don Hartsfield, who passed away at age 85. Whatever he put his mind and energy into - whether it was business, sports, family, or life in general, Don was just a force of nature.

Don was a native Atlantan who attended Lee Street Elementary school and graduated from Brown High School in 1954 where his basketball skills earned him a scholarship to the University of Georgia. He achieved the American dream. After growing up in a poor, dysfunctional home in Atlanta, he became a two-sport collegiate athlete at UGA and then experienced remarkable success in the insurance industry and real estate development business. An entrepreneur extraordinaire, Don was no stranger to risk and hard work. But what he enjoyed most was spending time with his wife of 66 years, Myralyn, and his two daughters, Donna and Susan and their families.

He was the epitome of the fun Dad and Grandaddy. Kids from all over the neighborhood came to the Hartsfield's to play - not with Donna or Susan - but with Don instead. He was always up for a game of ping pong or basketball. Don was a great athlete, and he played on competitive tennis leagues well into his 70s before his health began to decline.

Don loved the water, particularly Lake Lanier where he lived for decades. All his children and grandchildren can claim they had their first boat ride, skiing, or tubing experience with Don. He was also fortunate to be able to travel extensively, and often generously took the entire extended family on trips.

Friends and family recall his contagious smile and laughter. Also, his consistent optimistic view on life, which he maintained even as his body began to fail him.

Don was always up for a gag. He loved disguises, costumes, and toys that would sing or make noise when you walked by. He would laugh so hard pranking others with his getups and gadgets. He really enjoyed card and board games, too.

"Myralyn, Donna, Susan, Becky, Steve,Scott and family, I'm deeply saddened to hear that Don has passed. I didn't know until late October that he was gone. Susan, I would have never had the privilege of knowing your dad if you hadn't mentioned that he played tennis and that I should call him. And could he play. He was an exceptional athlete both physically and tactically. I remember playing him one afternoon and I was wearing a head band as players so often do. Anyway, I had found this feather somewhere so I stuck it in the back of the head band so that I looked like an Indian. Not to be outdone, the next day Don shows up with a cowboy hat and it was cowboys & Indians on the court. Without a doubt, my life was richer for knowing him and all of you. Behind every exceptional man though is an exceptional wife and consequently an exceptional family and you were all certainly that. Be comforted knowing that God has prepared a place for all of us to be together again."

"We are all praying for all of you in the family. Uncle Don was always the sweetest to me and I will miss him. Love to all, Marian, David, and the children of the Ripley family"

"I was so sorry Myralyn to hear of Don's passing. He will be missed by the entire county. He was a great Bulldog and the entire Bulldog nation will miss him. I considered Don a good friend and I could call on him at anytime if I needed anything. My prayers and thoughts will be with the family during this hard time.. May God bless Myralyn and all the family. Larry Kohn"