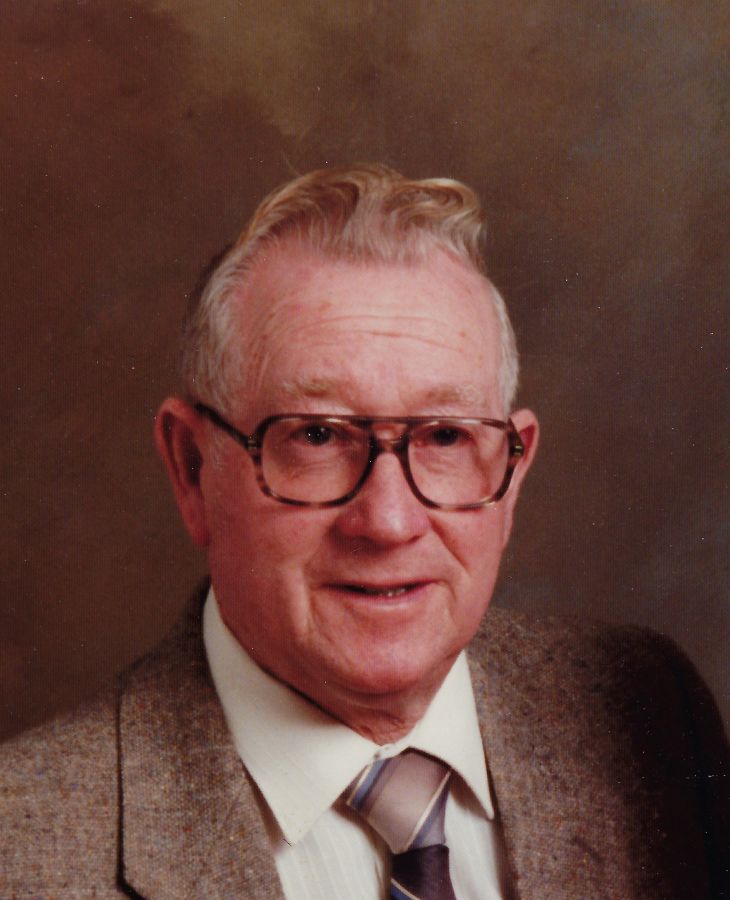 Otis was born November 12, 1923 in Burton, Illinois, the son of Harlow and Dora Blivens Miller. He married Ethel A. Loos on November 27, 1943 in Bluff Hall Congregational Church in Fall Creek, Illinois. She preceded him in death on October 11, 2001.

Otis was employed at Gardner Denver before and during World War II, where he made specialized brass parts for submarines. He had a long career in commercial feed sales, working for Moorman Manufacturing, running an independent operation and Mill in Mendon, and finally spent many years with Ralston-Purina, retiring as a sales manager. Otis was a member of Herman Masonic Lodge #39 A.F. & A.M. and Quincy Consistory.

Otis was an accomplished bowler in his younger years, and became interested in golf when he was in his 50's and continued to be an avid golfer. Otis was a family man and many of his activities and interests revolved around things he did with his family like playing cards and barbecuing for family gatherings.

In addition to his wife, Ethel, Otis was preceded in death by his daughter, Denise Hammer, his parents, a sister, and seven brothers.

Private interment will be held at Quincy Memorial Park Mausoleum.

"So sorry to hear about Uncle Otis. The last time we saw him was at Aunt Arlene?s Memorial. He looked really good. Keeping the family in our thoughts and prayers."