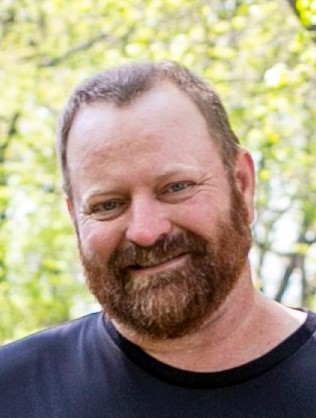 Jerry Arthur Isder was born on September 17, 1978 in Little Falls, MN to Arthur and Carol (Borgehiinck) Isder. He attended grade school in Lastrup until the fifth grade. Jerry then attended Royalton Schools. Jerry enjoyed helping Richard Popp and Dennis Lezer on their farms, he would often be found sleeping by the cows. He met the love of his life in 1996 and united in marriage to Amy Funk on August 20, 2005 at Annunciation Catholic Church in Mayhew Lake, MN. The couple resided in the Bowlus area all their married life. Jerry and Amy were blessed with four daughters, Hailey, Callie, Gracie and Kelsey. He worked for Otto Dry Wall for several years. He started and operated Isder Trucking. Jerry's real passion was trucking by trade and farming for fun. He enjoyed looking at tractors and trucks especially if they were Red or Blue. Jerry also enjoyed raising cattle, cutting hay and driving anything with a motor. Jerry's main love was that of his wife, Amy and four daughters; he was an incredible dad! He would always let the girls pick their favorite restaurants for special meals. The girls remember standing on their dad's feet when they were young and dancing around the kitchen. The girls loved driving tractor and baling hay with dad. He was a dad who was there for everything, he always put his girls first.
Jerry will be remembered for being faithful to Amy and the girls and his great sense of humor.

He was preceded in death by his paternal and maternal grandparents; uncle, Bob Isder, cousin, Mike Isder and father in law, Francis Funk on May 19, 2018


The arrangements for Jerry are with Emblom Brenny Funeral Service 320-632-4393.


Emblom Brenny Funeral Service is Cherishing the Memory and Celebrating the Life of Jerry.

The arrangements for Jerry are with Emblom Brenny Funeral Service 320-632-4393.

"I am so sorry--prayers to his family and friends"

"Deepest sympathy to Jerry's family. You are in my thoughts and prayers."

"We are sorry. Our thoughts are with you"