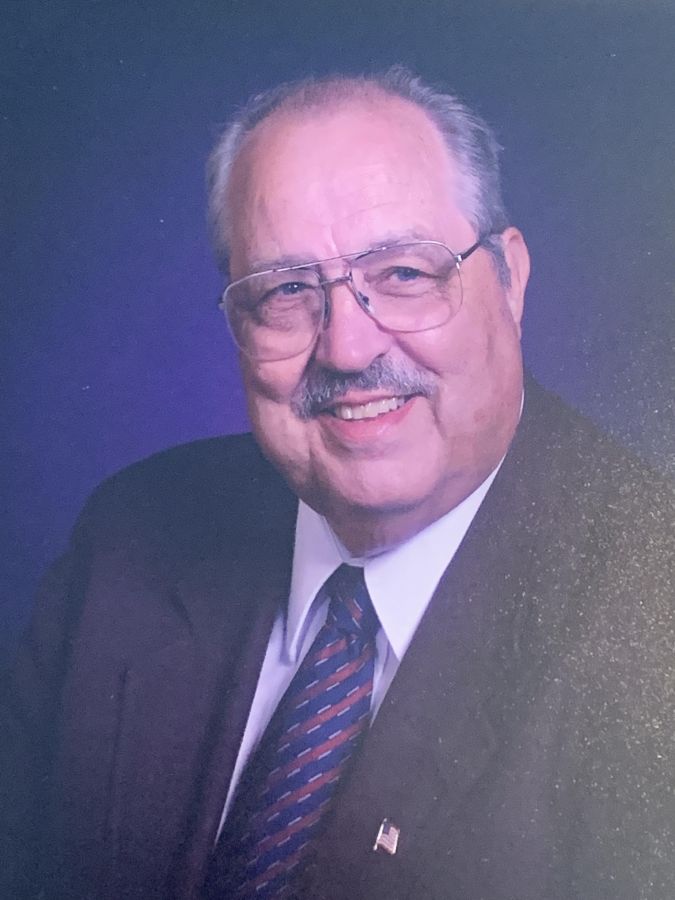 Funeral services for Gerald "Jerry" Jones of Silver City, IA will be held at 10:30 a.m. on Monday, October 11, 2021 at the St. John Lutheran Church in Mineola, IA with Reverend Luke Kuenzli officiating. Burial will be in the Silver City Cemetery with military honors conducted by the American Legion Post # 439. Visitation will be held from 1:00 p.m. to 3:00 p.m. on Sunday, October 10, 2021 at the Loess Hills Funeral Home in Glenwood. Loess Hills Funeral Home in Glenwood is caring for Gerald and his family.

Memorials: In lieu of flowers the family suggest memorials to American Legion Post #439 or Silver City Fire and Rescue

Gerald "Jerry" Dwayne Jones, 88 was the youngest of four children born on January 11, 1933 to Alva Jones and Letha Bachman Jones. Gerald was welcomed into the Lord's home on October 5, 2021.
Jerry spent his entire life in Silver City, with the exception of time spent in college and the service. He gained his education at Silver City elementary and high school after which he went to California where he attended University of California Santa Barbara.
Jerry had happy memories living on a farm on the edge of Silver City. He and his brother Roy helped raise livestock which he enjoyed.
When he was 13 he was involved in an auto accident that took his Father's life and left him with badly injured legs. From then on he endured pain in his legs the rest of his life.
At the time of the Korean War he had to register at the local draft board and along with his to best friends, Chuck Mills and Jim Ord. They all joined the Air Force. He went to California for training. From there to Amarillo, Texas where he went to school to learn jet aircraft. As luck would have it, he was sent to Selfridge Air Force Base in Michigan which had no jets and he was given the position of Finance Officer.
While stationed there he married his hometown sweetheart Janet Schroeder in 1955. She joined him in Michigan and was employed at the local hospital. They spent their time off enjoying and exploring the area of Detroit. After his 4 years with the Air Force, he and Janet returned to Silver City and bought their first home. In 1968 they built a new home in Silver City where they spent 53 very happy years.
Gerald, who enjoyed government and politics ran for Mayor in Silver City in 1966. He won and served for 27 years.
He spent 37 years with Grain Dealer Mutual Insurance Company in Omaha as an Insurance Underwriter Manager. He served on many local and regional boards and committees.
Upon retirement from the insurance industry, he ran for the Mills County Board of Supervisors. He did not win the first time but was not discouraged. He ran again even harder and won. He served 3 years. When the position of State Representative became available for 98th District he decided to throw his hat in the ring and won. He was very proud to serve the people of Mills and part of Fremont counties for 5 years.
When he finally retired from politics, he and Janet enjoyed their time together. Gerald was so very proud and loved his family. He was always happy when they were all gathered at home.
The things he was most proud of were, being close to God, his family, and the positions he held in employment and government.
He will be missed very much.
He was preceded in death by his parents; brothers, Willard and Roy Jones; sister Jean Connor; one niece; other relatives; and many friends.
He leaves behind his wife Janet, of 66 years. His daughter Julie Hergert, son Judson and wife Linda Jones, Grandson Zachary and wife Kalee Hergert, Grand daughter Malorie (Hergert) and husband Nick Montague. Grandsons Ian Jones and fiance Caitie Bundy, and Graham Jones, grand daughter Grace Jones. Great-Grand sons Colton Montague, Jay Hergert and Great-Grand daughter Madison Montague all of Omaha, Nebraska.

"Sincere sympathy to you and your family, Julie, during this difficult time. Your dad was a wonderful man."

"So sorry to hear of Gerald?s passing. Gerald was a wonderful Mayor of Silver City and did so much for the town. I had the privilege of being city clerk while he was mayor and he truly loved this town. Ellen Damewood"

"My Dad, Gerald "Jerry" Jones, was the most wonderful Dad a daughter and son could ever have. He was gentle and kind. He taught my brother and I to be proud of who we are, proud of where we came from and to make the best of what was dealt to us. He loved my Mom more on the day he died than he did the day he married her 66 years ago. He loved the town he was born in and will be laid to rest in and he loved working to make it better for those he is leaving behind. We will miss our Daddy so very, very much. May he find peace and contentment for eternity. "