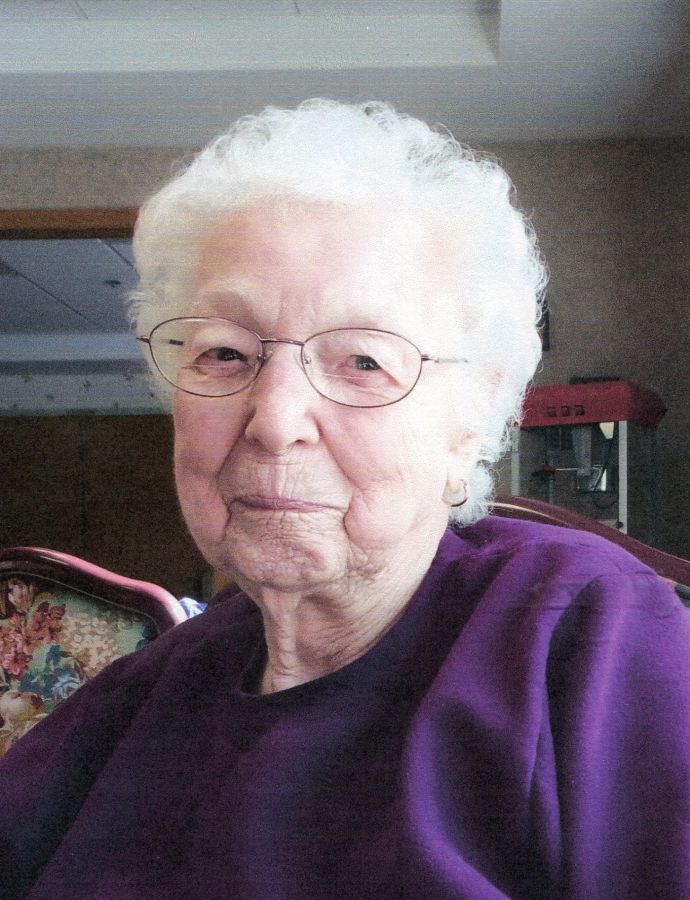 Maxine was born on March 21, 1926 in Gwinn, a daughter of the late Louis and Clarissa (Forcier) Theal and was a lifelong area resident.

On November 17, 1941, Maxine married Elmer LaChance and together they had three children. Elmer tragically passed away on December 24, 1967 as a result of a mining accident. She later married Floyd Kayo Erickson and he preceded her in death in December of 1997.

Maxine loved being a homemaker and caring for her family. She enjoyed cooking and was known to be an awesome baker. There was always something sweet on the table especially for her grandchildren. She was an avid Detroit Tigers fan.

Maxine's family will greet relatives and friends on Thursday, October 7 beginning at 10:30 a.m. at Canale Gwinn Funeral Home and Cremation Services followed by a funeral service in the funeral home at 12 noon with the Rev. Ron Westman officiating. A dessert reception will be provided in the Lindeman Reception Room in the funeral home. Burial will take place alongside her first husband, Elmer LaChance, in the Gwinn Cemetery.

Maxine's obituary can also be viewed at canalefuneral.com where relatives and friends may leave a note of remembrance.