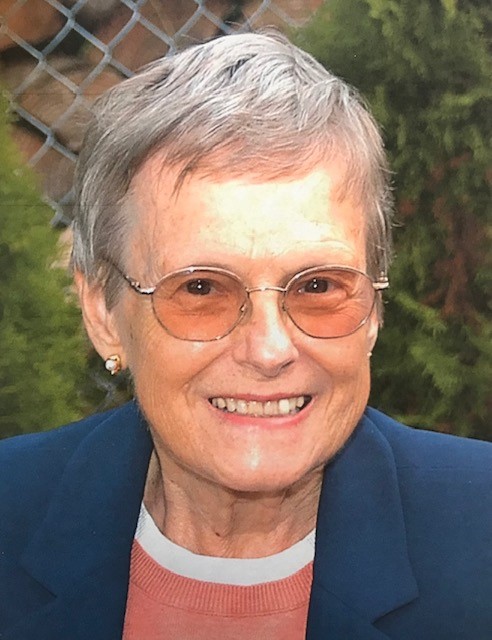 Georgia was born in 1931 in Tabor, Iowa to LeRoy and Hazel Zook. By the time she was in high school her family moved to Gresham, Oregon. She attended Seattle Pacific College (now University) until she married her husband, Don in 1950. They lived in Kansas, New Mexico, and California while he completed graduate degrees and established his engineering career. But they wanted to return to the Pacific Northwest to raise their two children, and in 1959 they moved to Seattle. When the children were young, Georgia resumed her studies at Seattle Pacific and completed her B.A. degree, followed by a Master of Social Work degree at UW, and worked in counseling. Don was a pilot and loved flying, boating, fishing, hunting, and hiking, and Georgia was an adventurous partner in his many ventures over three continents. From 1970 to 1972 the family lived in Belfast, Northern Ireland, where Don was on the faculty of Queens University and completed his PhD. After a year back in Seattle, they spent two years in Zambia, where both Georgia and Don were on the faculty of the University of Zambia. Don was a visiting professor of Engineering and Georgia supervised clinical experiences of Social Work students, often traveling out to small villages in the bush. Upon their return to the United States, they lived in Southern California, where Georgia returned to counseling, and became the Director of the Family Services, Pomona counseling agency. They eventually settled in Mesa, Arizona, to be nearer to kids and grandkids.
Georgia thrived in the sunshine, relishing the opportunity to be outdoors, gardening, and oil painting. They built a second home in Marysville and delighted in being snowbirds. Georgia was fun and adventurous, always up for a puzzle, a boardgame, or a road trip across the country. She was a lifelong follower of Jesus Christ, and lived her faith in a quiet, gentle way, always a listening ear and encourager to others with her perceptive and wise words. She would greet and get acquainted with people as she went for walks through her neighborhood, inviting them to church if she had the opportunity. She was practical, thrifty, and didn't need a lot of "stuff" to be happy.
Georgia was preceded in death by her parents and brother, Norman Zook. She is survived by her sister Nellie Fenwick (Dave), her husband of 71 years, Don, and their children, David Anderson and Cindy Rodriguez (Victor); grandchildren Garrett Rodriguez (Shanna), Gabriel Rodriguez (Ashley), Daniel Rodriguez, Kirsten Humphrey (Tony), Luke Anderson (Aleks); great grandchildren Emma, Lincoln, Baron, Roman, Ivy, Jackson, and Everett.

"Georgia was a precious and dear friend. The times we shared will always live in my heart. Lynn McCoy"