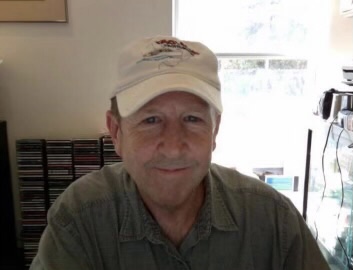 Born September 1, 1950 in Fremont, Ohio to Martha and Robert Schabel, Bill grew up wild and learned to become a strong, respectful, and truly original man. He attended college, then served in the army for 4 years before returning home to earn a Master's Degree from Bowling Green State University. It was then he met the love of his life, Eileen "Bean" Schabel. They married and moved to Georgia, where they raised three fiercely independent daughters. Like their father, Katie Day, Jaclyn Stewart, and Kelly Schabel grew to embrace the unique individuals they were - the world be damned.

Bill worked as a corporate trainer for Southern Company for a little over 15 years, bringing his humor to the workplace in his many seminars. In the early 2000s, Bill went out on his own as a trainer by starting his business Hyperformance Learning.

Bill impacted countless lives on his journey. From the enemies and friends he made in his youth, to the many people he mentored both officially and unofficially, everyone who knew him can recall the strange, funny, and meaningful words he spoke to them in hard times and good.

Among the many causes Bill supported, veteran's affairs and mentorship were his passions. His faith guided him to help others in any way he was able, and those impacts will not soon be forgotten.

Bill leaves his kingdom to his wife Eileen; his gardening prowess to daughter Katie and son-in-law Matt Day and grandchildren Ellis, Flora, and Imogene Day; his characteristic advice to daughter Jaclyn and son-in-law Matt Stewart and upcoming Grandson Stewart; and tough outside and marshmallow center to daughter Kelly Schabel and daughter-in-law Katie Heffelfinger. His stories and myths will stay with them, along with his siblings, nieces and nephews, and large extended family in Ohio.

He will be remembered as Dad, Pappy, Uncle Bill, Bilbo, Billy Bob, The Mad Stork, Billy Plu, and countless other titles. His reach extended far, and his memory will be cherished by all who knew him.

"Family and friends of my friend Bill. We don't know each other but I have known Bill for over 50 years. We met standing in line during football practice drills at Dana College as 19 year old freshmen. We played football together a couple years, and talked our way into the Golden Gloves Regionals where we demonstrated in front of 6,000 screaming fight fans at Lincoln Nebraskas' Persing auditorium that we had absolutely no future in boxing. But we were in there battling together and that's how friendships are built. I took him to the hospital to get patched up after a fight early one morning, and talked him through his decision to join the army during the Vietnam war. A courageous thing to do in that era that people don't understand right now. Time and distance separated us over the years but a friendship was formed that saw us through these many adventures we call life. He was the Best Man at my wedding in 1971 and I am still married to that young lady. When we would talk his distinctive voice would take me back to our early years together, unformed, unscarred, ready, open to the challenges that lie ahead. Thats the Bill I know and love, strong in spirit, unique, interesting, loyal, curious, and I am proud to say my lifelong friend. I will miss Bill because he made me a better person, and affected my life in a positive way, as he did for many others, He was a humble good man. Love ya like a brother Bill, Dick Tobin"